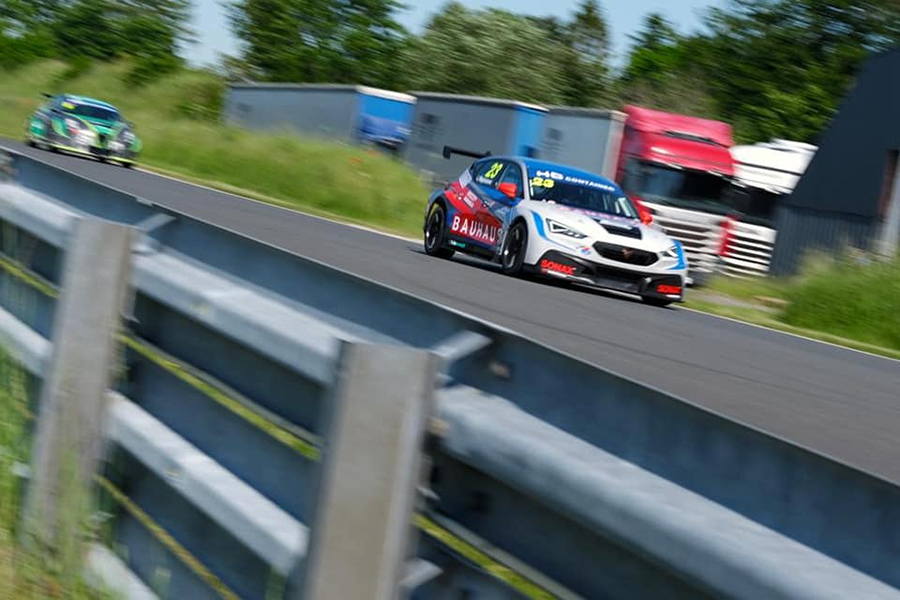 Jan Magnussen is the fastest in TCR Denmark’s Qualifying

Jan Magnussen won the pole position for the opening race of TCR Denmark at Ring Djursland.
The LM Racing’s veteran set the fastest lap in both Q1 and Q2 at the wheel of his CUPRA Leon Competición, beating twice his teammate Nicolai Sylvest, while Casper Elgaard qualified third in his TP Motorsport Peugeot 308 ahead of the reigning champion Kasper H. Jensen’s Massive Motorsport Honda Civic.
During the first part of the session, Magnussen was the first driver capable to complete a lap in less that 51 seconds and posted a provisional fastest time on 50.822 that he then improved to 50.742. Sylvest moved into second with a lap of 50.941 demoting Jacob Mathiassen in the Insight Racing Alfa Romeo Giulietta (51.163) and Elgaard (51.193) to third and fourth respectively.
Michael Carlsen snatched the tenth and final spot for Q2, beating Allan Kristensen by four thousandths of a second.
In Q2, Elgaard topped the results sheet with a lap of 50.642, but he was soon demoted to third by Sylvest’s 50.631 and Magnussen’s 50.464 that gave him the pole. Jensen and Mathiassen ranked in fourth and fifth.
The first of Sunday’s three races will start at 9:50 CEST.