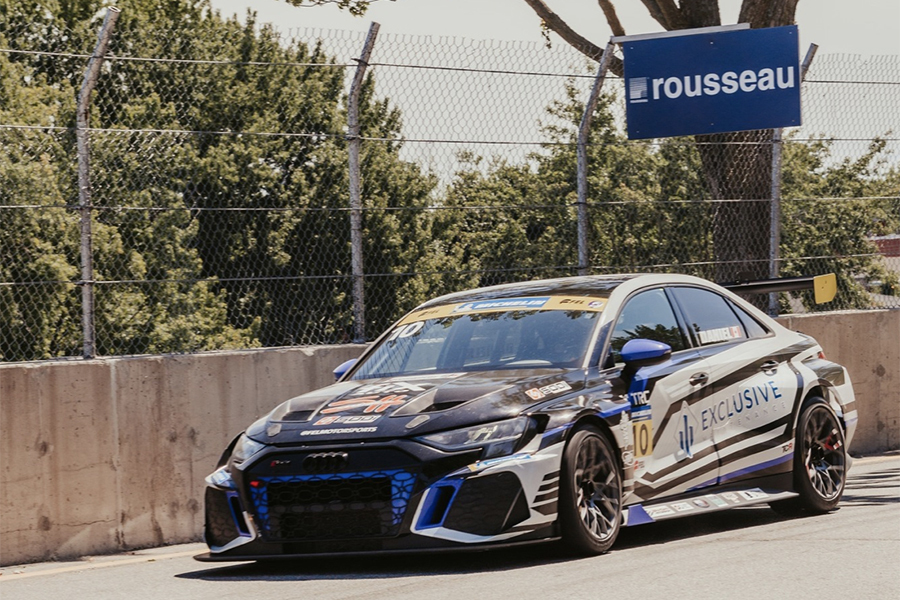 Jérimy Daniel dominated the TCR class in the Sports Car Championship Canada at Trois Rivières. After setting pole position at the wheel of his TRC Motorsport-run second-generation Audi RS 3 LMS, Daniel won both races and stretched his leadership in the standings. With three victories out of the six races held so far, Daniel has built a 42-point margin over his teammate Jean-François Hevey.

Race 1 - There was close racing, with the top three finishers all running nose to tail. The points leader Daniel emerged as the winner, beating Tom Kwok who made his first appearance in the current season driving one of M&S Racing Honda Civic Type R cars. The podium was completed by another Honda, the 89 Racing Team’s driven by Jocelyn Hébert.

Race 2 – Daniel encored, finishing nearly four seconds ahead of Hevey, while Hébert took his second third place of the weekend, his 26th podium result in the Grand Prix Trois Rivières.

The series will resume on August 20/21 at Calabogie.