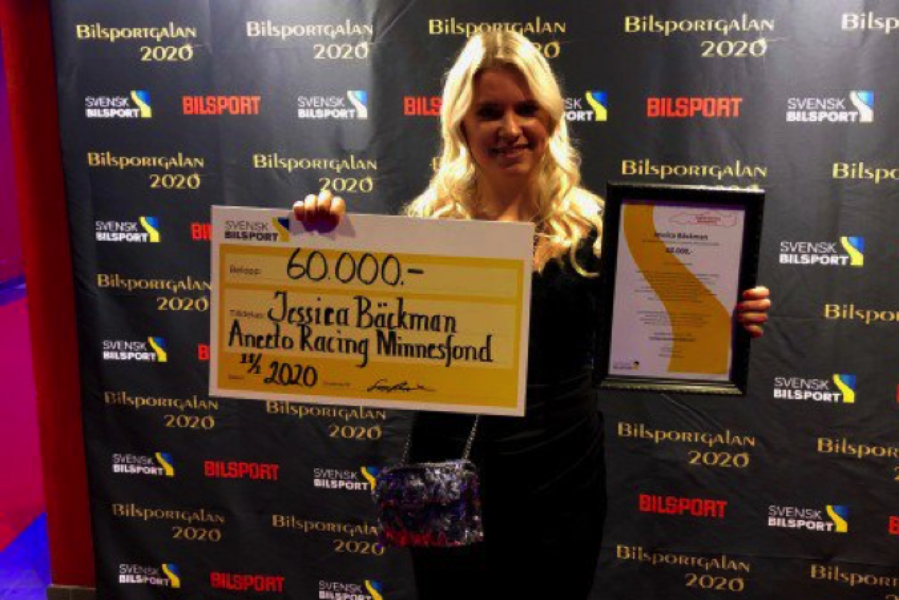 Jessica Bäckman became the first woman ever to win the Anecto Racing Memorial Fund that was established in 2002, in memory of the nine members of the karting team Anecto Racing who perished in an airplane crash the year before.
The purpose of the fund is to financially stimulate Swedish racing talents; Anette Forsman, wife and mother of two of the members who passed away, and a number of racing personalities, such as Rickard Rydell, annually award the driver who best promotes the purpose and goal of the fund with ambition, talent and performance. Amongst the former winners is the successful Indy Car driver Marcus Ericsson, who previously competed in Formula 1.

In 2019 Jessica Bäckman was the first woman ever to reach the podium in TCR Europe. “I am very proud to receive this award; it feels amazing, not least to receive it from Philip Forsman. The award gives me a boost of confidence to make this year's racing season even better than last year,” said Jessica who was also nominated to The 2020 Citizen of the Year in her hometown Boden.