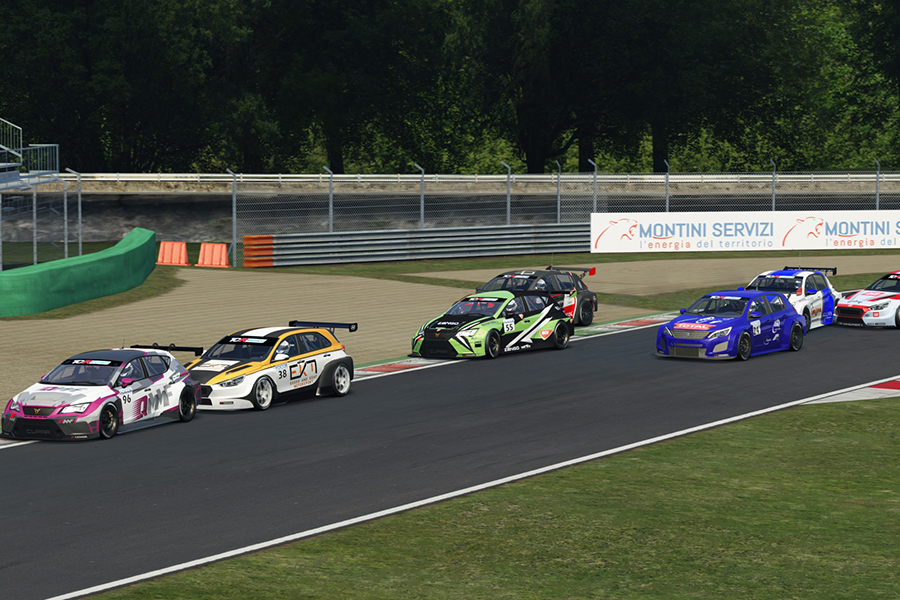 As it was expected, the impudent behaviour of the drivers in the two TCR Europe SIM races on the virtual circuit of Monza resulted in a deluge of penalties.
After carefully reviewing both races, the Race Director imposed penalties to nearly all competitors, especially for track limits infringements that cost ten seconds each.
As a consequence, Jimmy Clairet (Team Clairet Sport, Peugeot 308) in Race 1 and Abdulla Ali Al-Khelaifi (QMMF Racing, CUPRA) in Race 2 were rewarded for their fairness and declared victors. They had both finished the respective race in seventh position.
Mikel Azcona (PCR Sport, CUPRA) who had crossed the line in first position at the end of Race 1, was demoted to fourth by a 20-second penalty for cutting the chicanes twice. Nicolas Baert (Comtoyou Racing, Audi RS 3 LMS) and Teddy Clairet were elevated to second and third respectively despite they also received 10-second penalties for track limits.
Equally, Dániel Nagy (BRC Racing, Hyundai i30 N) was dropped from first to fourth in Race 2, having collected three 10-second penalties for cutting the chicanes. Behind Al-Khelaifi, Gilles Magnus (Comtoyou Racing, Audi RS 3 LMS) and Teddy Clairet completed the podium, having received minor penalties: 10-seconds for the Belgian and 20 for the French.
The revised results had influence on the standings that are still led by Nagy, but with a slimmer margin of 56 points over Bence Boldizs (Zengő Motorsport, CUPRA), while Magnus and Teddy Clairet rank third and fourth with gaps of 73 and 102 points respectively.
Tonight, the sixth and penultimate event of the TCR Europe SIM Racing series takes place on the virtual racetrack of Zolder. With the circuit’s layout including three chicanes, drivers will better improve their behaviour, or will incur in further penalties.
Action will be streamed live from 20:00 CEST, on TCR Youtube channel, TCR TV, TCR Facebook page, TCR Europe Facebook page, and delayed on TCR Twitch channel.