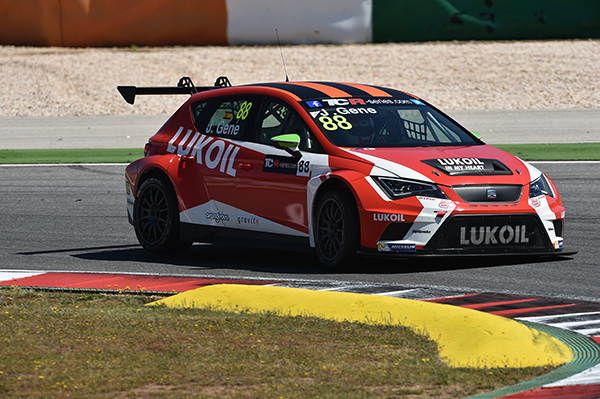 Gené to carry the maximum Success Ballast in Monza

Team Craft-Bamboo Lukoil’s Jordi Gené will carry the maximum Success Ballast of 30 kilos on board his SEAT León car during the next event in Monza. The Spaniard emerged as the best scorer in the previous race meeting in Portugal, pocketing 37 points thanks to one second and one third in the two races plus the second fastest time in qualifying.
Michel Nykjær of Target Competition, the winner of the second race in Algarve, will be given 10 kilos of Success Ballast as the third best scorer of the event.
The 20 kilos of extra weight for the second best scorer should have been allocated to Nicki Thiim who won Race 1 in Portugal. However, the Dane will not take part in the Monza event and therefore he will receive the Success Ballast in the case he rejoins the championship later during the season.