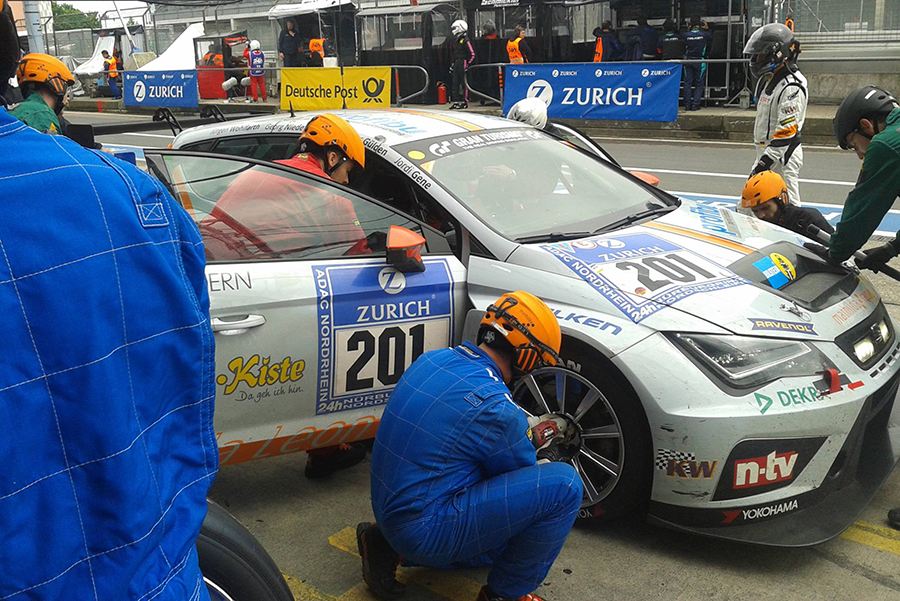 Jordi Gené wins TCR class in the 24H of Nürburgring

For the first time, TCR cars competed in a dedicated class at the Nürburgring 24 Hours. Although only three teams entered the famous long distance race, one of them was able to achieve an outstanding result.
The Mathilda Racing SEAT León driven by Jordi Gené, Georg Niederberger, Jürgen Wohlfarth and Andreas Guelden finished the race in an outstanding 33rd position overall out of the 156 starters.
The Spanish car completed 116 laps of the Nordschleife, and was classified only 18 laps after the winning Mercedes-AMG GT3. And this despite an incident occurred during the downpour that caused the race to be red-flagged for more than three hours.
As for the other two TCR machines that took part: the Racing One Volkswagen Golf Gti of Leuchter-Danz-Zimmermann-Wüsthoffwas classified 93rd overall, while the second SEAT of Mathilda Racing did not finish.
It is noteworthy that Carlo Van Dam, the winner of both TCR Thailand inaugural races at Buriram on the previous week, finished in 20th position overall and won the SP3T class at the wheel of a Subaru WRX Sti.