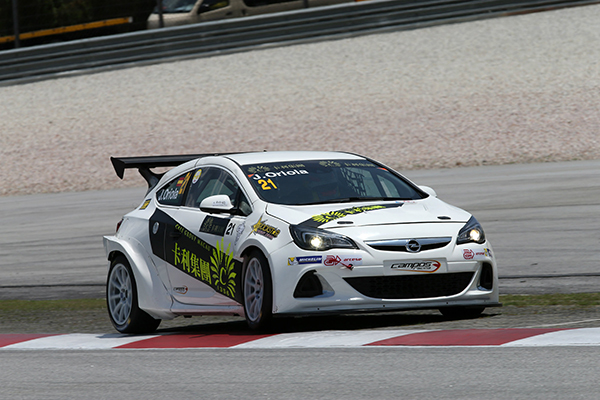 Campos Racing finalised the driver line-up for the team’s home race at Valencia; Jordi Oriola and Oscar Nogués will be at the wheel of the two Opel Astra OPC cars.
The 18-year old Oriola made a brief appearance with the Spanish outfit during the season opener at Sepang, Malaysia, where he had to face with a number of technical issues that plagued his Opel.
As for Nogués, he makes his first outing in the TCR International Series. The 36-year old Spaniard has built himself a strong reputation as a title and race winner in single make trophies. He was crowned European champion twice in the 2008 SEAT León Eurocup and last year in the Renault Clio Eurocup. He also claimed three national titles in Spain (2003 Renault Cio Cup, 2006/2007 SEAT León Supercópa) and two in Italy (2011/2014 Renault Clio Cup).