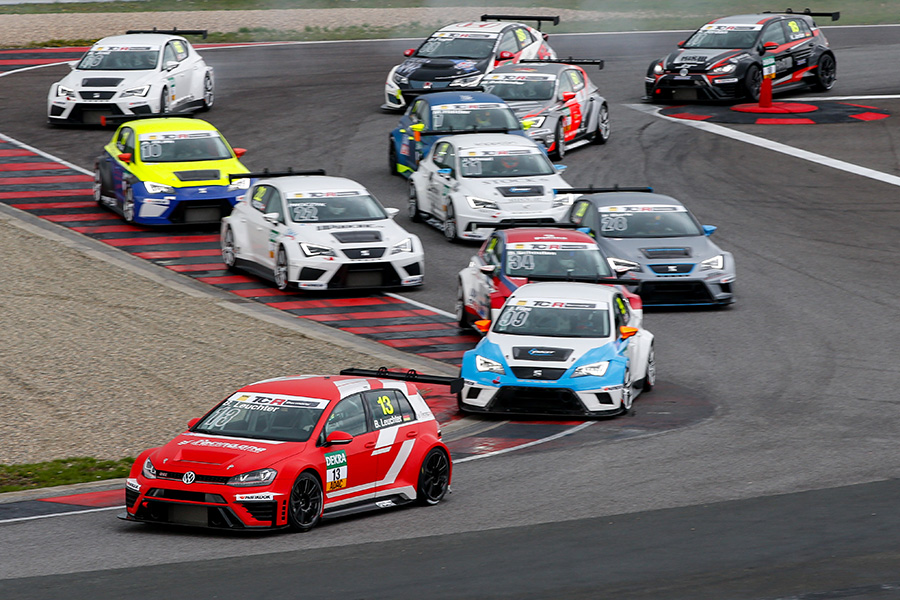 Target Competition driver Josh Files gave an encore at Oschersleben, adding a win in today’s Race 2 to the one he had claimed yesterday in the inaugural round of the ADAC TCR Germany.
Finland’s Antti Buri sprinted at the start from pole position on the top-ten reverse grid and took the lead, while Kai Jordan, who was sharing the front row with Buri, stalled his engine and rejoined at the back.
The race was disrupted a first time by the safety car when Pascal Eberle beached his SEAT in the gravel trap during the first lap. When the race resumed, Buri was leading from Jürgen Schmarl, Files and Harald Proczyk. Meanwhile, Benjamin Leuchter was recovering from its eight starting position.
After overtaking Schmarl on lap 5, Files was catching Buri, but the Finn had to pay a drive-through penalty for an infringement during the safety car intervention and dropped to the back.
A second safety car period ensued when Tom Lautenschlager went off and hit the barriers. When the race resumed, Files was leading from Proczyk, Schmarl and Leuchter. The latter tried in vain to steal third place from Schmarl.
Files scored his second win of the weekend, while Buri recovered up to ninth.
The next race meeting of the ADAC TCR Germany will take place at the Sachsenring on April 30/May 1.