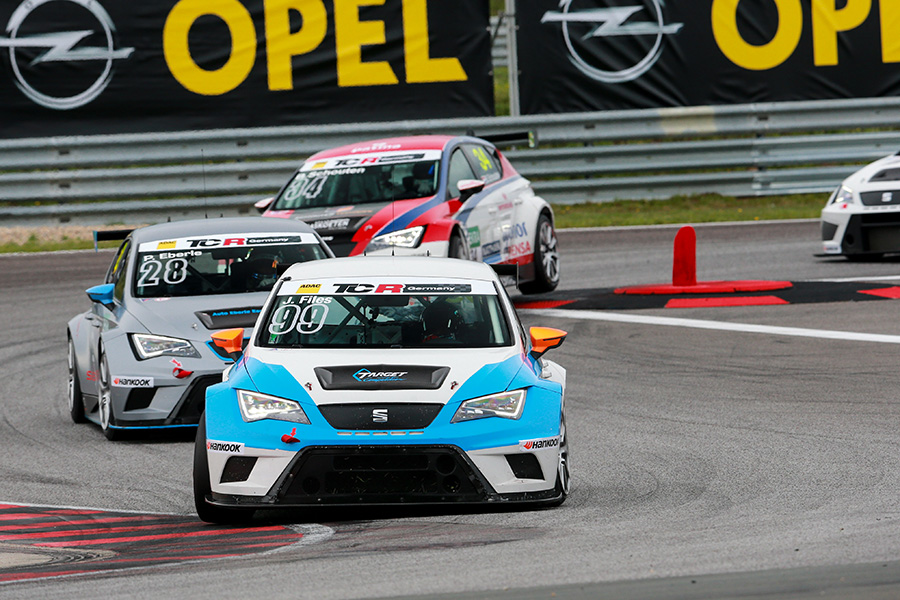 Josh Files, of Target Competition, won the inaugural race of the ADAC TCR Germany today at Oschersleben.
On a track still damp after a morning shower, Files sprinted from the fifth position on the grid and was able to steer away of troubles at the start. While pole sitter Steve Kirsch’s Honda Civic missed the braking point at the end of the pit straight and rejoined at the back, the Volkswagen Golf of Tim Zimmermann stalled on the grid and was collected by the SEAT León of Mike Beckhusen.
Benjiamin Leuchter took the leadership in the Racing One Volkswagen Golf Gti, followed by a platoon of SEAT Cars, with Pascal Eberle in second position, closely followed by Files, Bas Schouten and Harald Proczyk.
Files overtook Eberle during the first lap and then closed the gap from Leuchter; eventually the Briton took the lead with a brilliant overtaking manoeuvreon lap 11 of 17 and pulled away to cross the finish line with a 3.8-second margin. Leuchter and Eberle completed the podium, while Proczyk stole fourth place from Schouten and Kirsch recovered to eighth after his mistake at the start.
The second race will start tomorrow at 11.55.