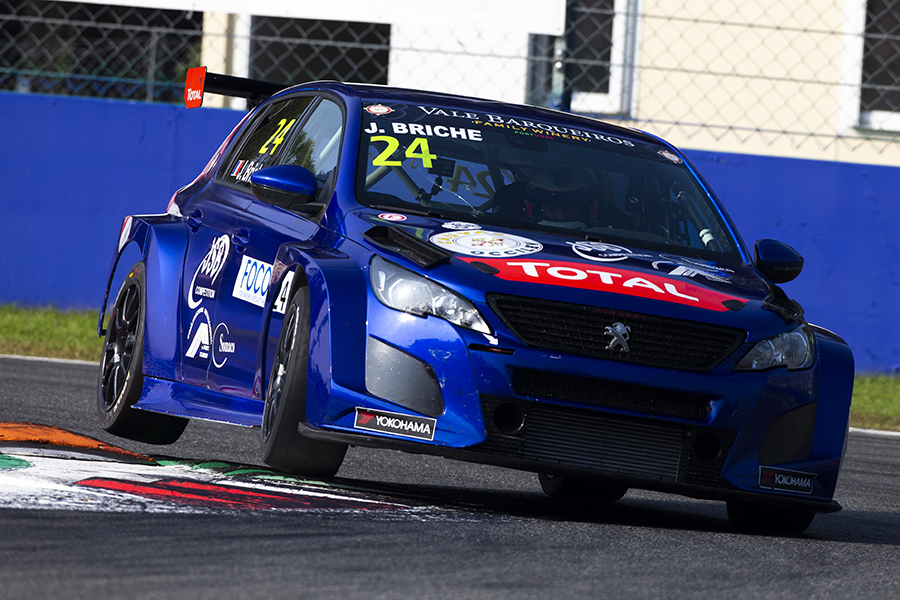 2019 TCR Europe vice-champion Julien Briché will return to the series at the wheel of his Peugeot 308 under the banner of his own team JSB Compétition.
Last year, Briché was the driver with the best winning record in the championship, scoring four victories at Hungaroring, Hockenheim, Spa-Francorchamps and Monza, fighting for the title until the final event and finishing the season with 314 points, 38 short of Josh Files.
The French team will also field a second Peugeot car for Jean-Laurent Navarro. Last year the 42-year-old driver from Montpellier was runner-up in the Peugeot Racing Cup’s Gentlemen Trophy, while in previous seasons he successfully competed in the SEAT León Eurocup and the Lamborghini Super Trofeo.
In 2018 Navarro had his maiden TCR experience, racing in the 2018 24H Series and making a one-off appearance in TCR Europe at Barcelona, always at the wheel of a Volkswagen Golf GTI.
Briché is currently working work to secure the budget for a third car.