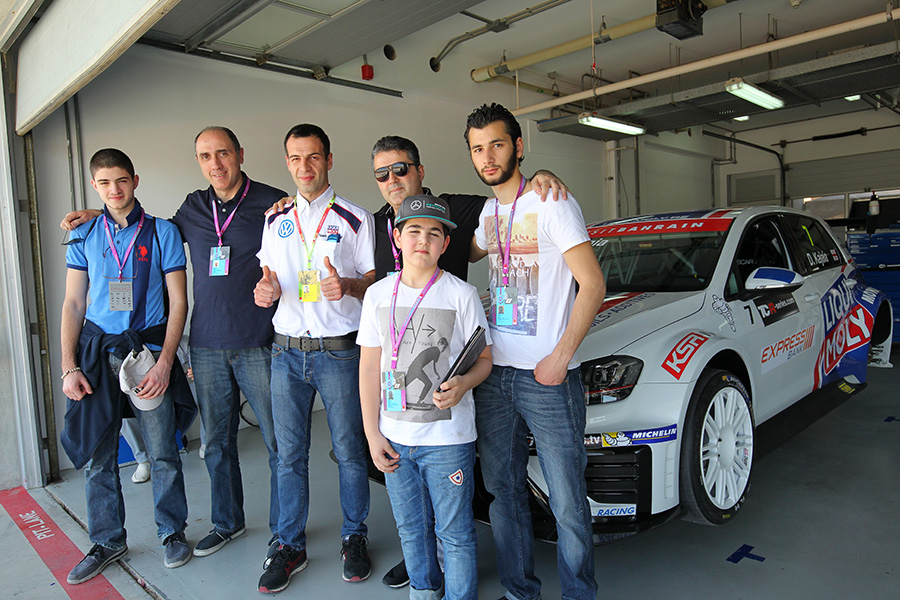 Debuting in TCR, at the wheel of a VW Golf Gti of Liqui Moly Team Engstler is Davit Kajaia, the 32-year-old driver from Tbilisi that is the best motorsport ambassador of his country, Georgia. Davit has experience in formulae, touring cars, rally and hillclimbing. He appeared on the international scene in 2012, winning three Legends European Cups and the TC2T class in the ETCC last year.

In his daily life, Davit is a police officer, with the captain grade, and that explains the support he receives from MIA Force, the sports club of the Ministry of Internal Affairs, which helps promising sports men and women in different disciplines. A delegation of the Ministry, led by the Deputy Minister David Vardiashvili, has made the trip to Bahrain to cheer for Kajala and promote Georgia. The delegation confirmed that “there is a great interest for bringing a top international series such as the TCR to Georgia. That would be a wonderful opportunity to showcase our country, and we hope to be able to soon start working on a project”.

Motorsports is becoming increasingly popular in Georgia, which had quite some tradition of racing in the times of the former Soviet Union. The country hosts one FIA grade-2 track, located in Rustavi, close to the capital Tbilisi. This modern venue was completely re-built in 2012 and the longest of its three possible layouts measures 4140 meters.