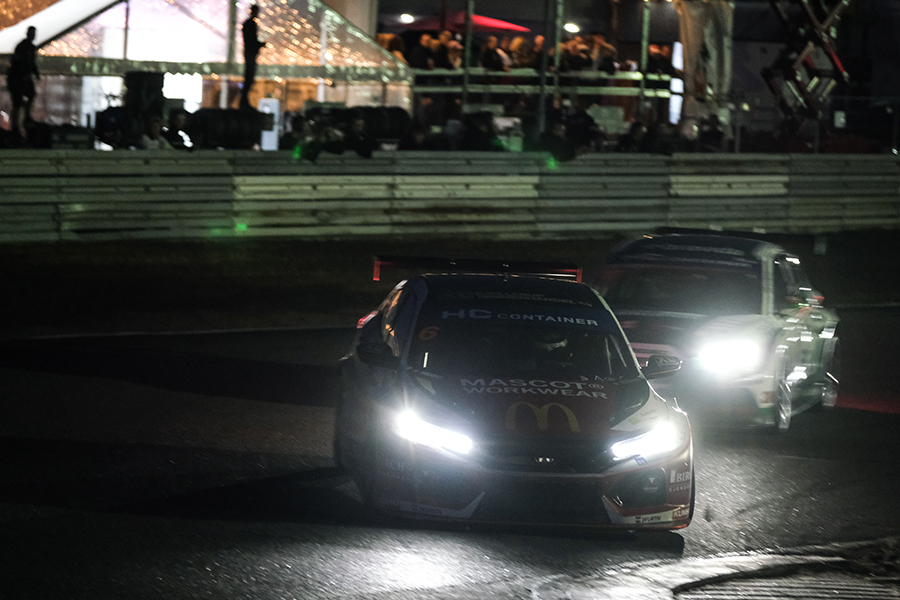 TCR Denmark’s reigning champion Kasper H. Jensen moved another step towards a third consecutive title. In the penultimate event of the season, at Padborg Park, Jensen scored another couple of wins and stretched again his leadership in the standings. He now tops the table by 23 points over Nicolai Sylvest who was victorious in today’s Race 2 and 24 over Mike Halder.

Race 1 – GMB Motorsport teammates Jensen and Gustav Birch shared the front row after they had been split by 44 thousandths in Qualifying; they retained the positions at the start ahead of Halder, Sylvest and Anton Bergström. Halder overtook Birch for second in lap 2 but was unable to close the gap from Jensen who continued increasing his lead. Birch defended the third place from Sylvest, Bergström, Michael Markussen and Jacob Mathiassen. In lap 7, Markussen and Mathiassen passed Bergström, advancing to fifth and sixth. Jensen claimed his sixth win of the season from Halder and Birch.

Race 2 – René Povlsen had the pole and led at the start, while Sylvest jumped from P5 to second ahead of Mathiassen and Bergström who was slow from P2. In lap 2, Markussen overtook Bergström for fourth and one lap later Sylvest took the lead from Povlsen and ran away. Title contenders Halder and Jensen had a thrilling fight for P5; they ran abreast swapping paints and were joined by Philip Lindberg. Both, Halder and Jensen had to serve a drive through for pushing each other, which promoted Lindberg to fifth. Eventually, Jensen was able to repass Lindberg to finish fifth but was demoted to sixth by another penalty, while Halder dropped to 12th. Sylvest took a comfortable win from Povlsen and Mathiassen.

Race 3 – Sylvest was on pole for the night race, with Jensen second and Halder in P7. Sylvest made a good start and led from Jensen, Markussen, Mathiassen and Halder. The latter moved up to third by lap 4, but in the same lap Jensen stole the lead from Sylvest. For the rest of the race, Halder tried to find a gap to pass Sylvest who did not make mistakes and kept the German behind until the end, finishing 3.8 seconds behind Jensen. Markussen did the same, holding on to the fourth position despite the pressure from Mathiassen and Birch.

The championship will return to Jyllandsringen for the season finale on 8/9 October.