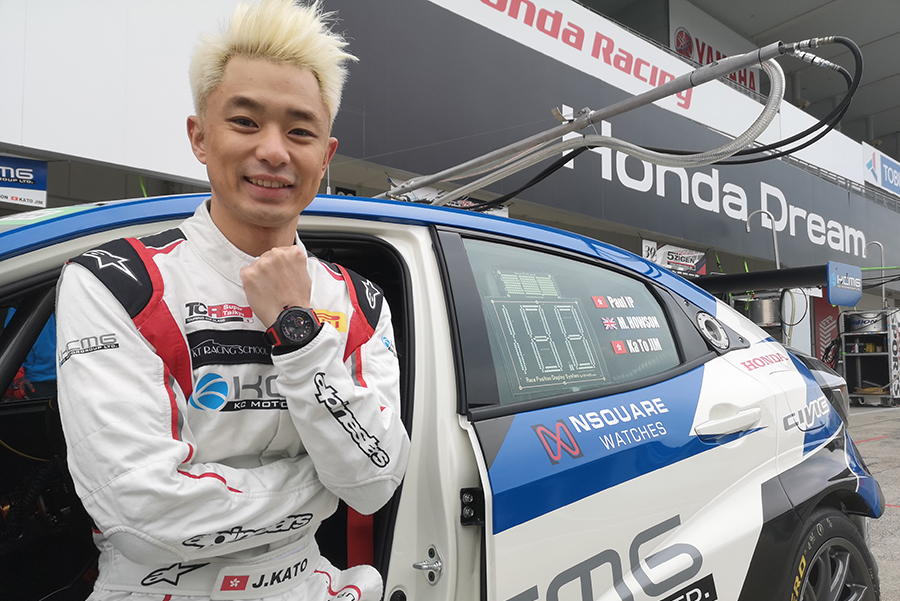 Hong Kong driver Jim Ka To will make a one-off appearance at the Suzuka round of the 2019 WTCR in a Honda Civic Type R FK7 run by KCMG.
Ka To, 2008 Formula Renault Asian Challenge champion, has acquainted himself with the new generation Civic Type R TCR as a part of KCMG’s Super Taikyu line-up, helping the team score a podium on its series debut at Suzuka. He will join KCMG regular WTCR competitors Tiago Monteiro and Attila Tassi.

Jim Ka To said: “I’m very happy to have a chance to represent KCMG and to compete in the WTCR Race of Japan. I will use my experience of the car to try to get good results for the team.”

Paul Ip, KCMG founder added: “We’re excited to see Jim behind the wheel of the Honda Civic Type R again for his World Touring Car Cup debut. We have had a very strong season with the car in Super Taikyu and TCR Japan, so we look forward to seeing how Jim does at Suzuka.”