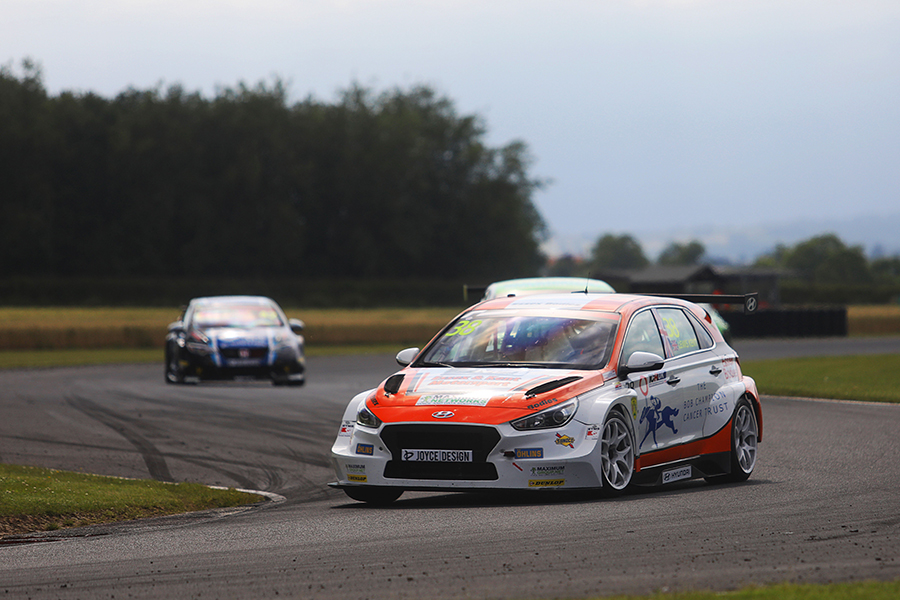 Lewis Kent, driving the Essex & Kent Motorsport Hyundai i30 N, finally took his first victory in TCR UK when he won the first of the day’s races at Croft circuit in the north of England. He then encored that result in Race 2, to take maximum points away from the weekend after also setting the fastest lap in Qualifying.
Following the disappointment of running out of fuel almost within sight of the chequered flag at the previous round at Donington Park, Kent had no such issues at Croft and took a lights-to-flag victory in Race 1 to win by nearly nine seconds. A great start meant Kent was first into Turn 1, while the CUPRA of James Turkington made a poorer start from P2 on the grid and dropped to third behind Alex Day, who was competing in the TCT class.
While Kent then dominated the race from the front, Turkington battled first with Day and then the other TCT entrant Henry Neal for second position. Sunny Wong’s Volkswagen Golf GTI pulled up with a mechanical problem on Lap 4.
Kent took his maiden TCR UK race victory by 8.876 seconds ahead of Neal, with Turkington dropping to third overall after briefly running second, although he still claimed second place in TCR UK. Third in TCR UK and fifth overall behind Day’s TCT Audi was Darelle Wilson in the DW Racing Vauxhall Astra.
In Race 2, Kent again started from pole thanks to his earlier victory, but carried maximum Success Ballast as a result. Despite the extra weight, the 19 year old again took another victory despite battling with a determined Turkington for much of the race.
Sunny Wong retired on Lap 11 when the Volkswagen clipped a tyre stack and pulled off the track with damaged suspension.
Kent’s winning margin was 3.921 seconds ahead of Turkington, with Wilson recording his second TCR UK podium finish by bringing the bright green Vauxhall home in third place. Series rookie Richard Woods was the only other finisher in fourth place.
The maximum possible points haul means Kent moves into the lead of the Drivers’ standings and is now two points ahead of Turkington with four races remaining.
The championship next moves to Brands Hatch on July 27th/28th.