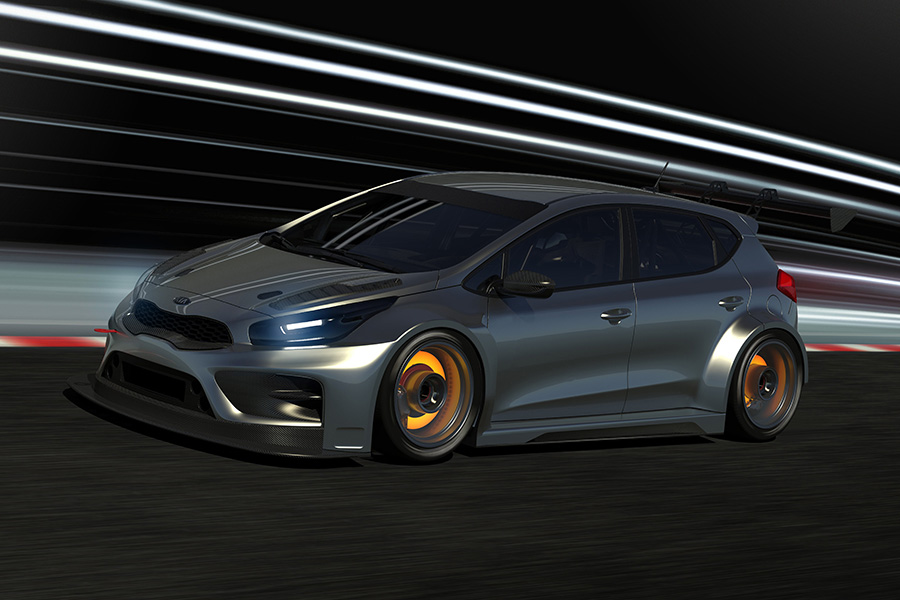 After a first image of the car was released a few weeks ago, further details have been unveiled about the new Kia cee’d TCR.
STARD (Stohl Advanced Research and Development), an experienced R&D company and long term Kia Motors partner is running this first ever customer motorsport project based on a Kia racecar. Among other things, STARD is behind the successful participation of the Kia K3S in the China Touring Car Championship.
A 5-door Kia cee’d TCR is currently being developed, fitted with a new 2.0-litre turbocharged engine with output of 330 bhp and torque of 243 kW, plus a number of high–tech solutions including sequential paddleshift gearbox, safety concept complying with the latest FIA standards, multi-adjustable motorsport suspension and optimised aero-package.

The racing car will be officially launched later this year, after the completion of an intensive testing phase. Soon after the Kia cee´d TCR will be produced in a limited series that will be made available to customers.

“The combination between the TCR International Series and the Kia cee´d appeared absolutely perfect from the very beginning. A huge demand among interested customers even before the official release equally demonstrates how anticipated the appearance of Kia-cars was in the motorsport world and how right the choice was with the TCR international series. We even have requests from Australia!” said Manfred Stohl, president of STARD.

Michael Sakowicz, CEO of STARD, added: “We are already in discussions with some teams that are primarily interested in international activities. To satisfy their needs in the best possible way, already during the development stage, we plan to cooperate very closely with at least one team in order to provide a customer friendly car since the beginning. The testing schedule is fixed and will be completed strictly as planned. Reliability and a perfectly functioning car are the most important factors for a successful TCR project.”