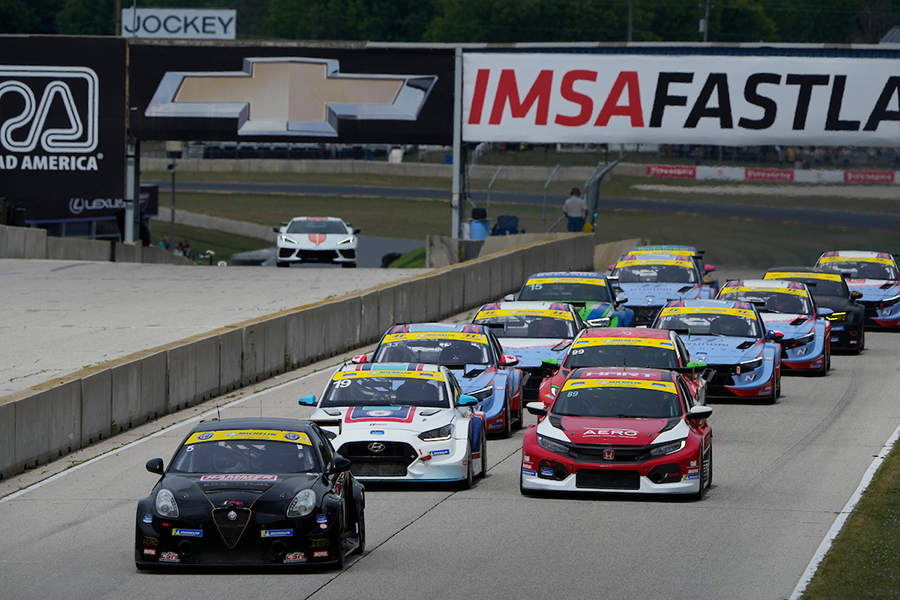 After starting from the pole position, the KMW Motorsports Alfa Romeo Giulietta Veloce of Tim Lewis and Roy Block won the four-hour IMSA Michelin Pilot Challenge race at Road America. This was the team’s third victory in the season and helped them to close the gap in the standings to only 30 points behind the reigning champions Michael Lewis and Taylor Hagler in their #1 Bryan Herta Autosport Hyundai Elantra N who finished third, with two races remaining.

Benefitting from fresher tyres taken on during a pit stop under a late full-course caution, Lewis passed four cars in the last four laps, including the leader on the final lap, and went on to claim the win.

“I was very tired in the car,” Tim Lewis said. “I wasn’t sure I had the energy to fight for 12 more minutes. Once we got going, the tyres were hooked up and the car was hooked up. I could tell we had pace in comparison to the other guys.”

Lewis overtook two cars on the penultimate lap to move into second place, then set his sights on race leader Stephen Simpson in the Michael Johnson Racing Hyundai Elantra N he shared with Michael Johnson. Lewis made a clean pass heading into Turn 5 and drove away to win by 1.594 seconds.

The IMSA Michelin Pilot Challenge’s penultimate round will be on August 26/27 at Virginia International Raceway.