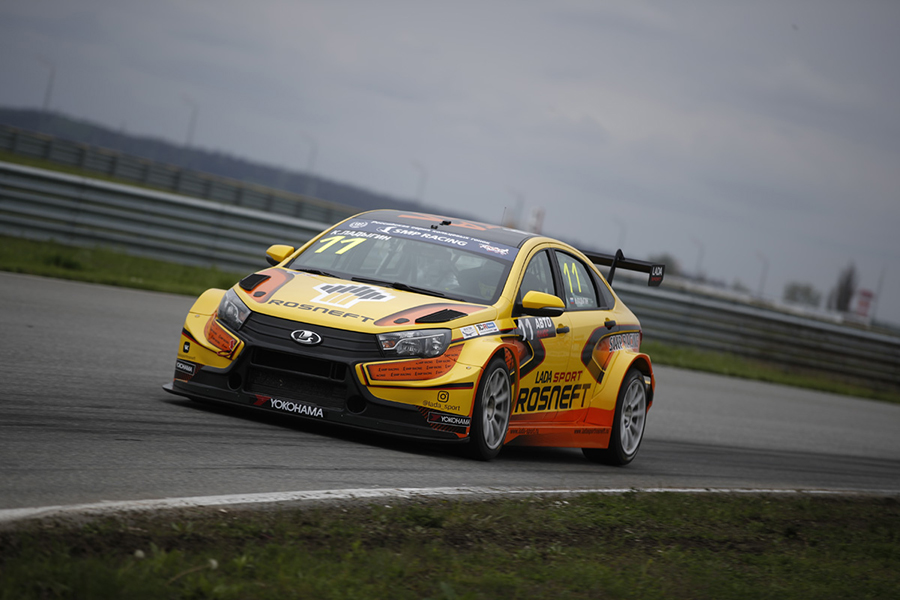 LADA Sport Rosneft’s Kirill Ladygin and Mikhail Grachev will fill the front row of the starting grid for tomorrow’s TCR Russia opening race at Fort Grozny.
The domination in Qualifying of the new LADA Vesta Sport cars began in the 20-minute Q1, when Grachev set a new lap record for TCR cars of 1:20.133 that was half-a-second faster than last year’s pole position. His teammate Ladygin ranked second, seven tenths behind with a best lap of 1:20.838.
The Audi RS 3 LMS cars of VRC Team’s Klim Gavrilov (1:20.913) and Lukoil Racing’s Ivan Lukaschevich (1:20.941) followed in third and fourth positions respectively, while three-time reigning champion Dmitry Bragin was classified fifth in the TAIF Motorsport Hyundai i30 N (1:21.111).
Ivan Chubarov (CUPRA DSG), Mikhail Mityaev (SEAT León DSG), Aleksey Dudukalo (Audi), Andrej Maslennikov (CUPRA) and Grigory Burlutskiy (VW Golf) rounded off the top ten who advanced to the second stage.
In the 10-minute Q2, Lukaschevich posted a provisional fastest lap of 1:20.887, but was soon demoted to third by the LADA duo, with Grachev jumping on top (1:20.406) and Ladygin taking second (1:20.540).
In the dying seconds, both Lukaschevich (1:20.515) and Gavrilov (1:20.774) improved and advanced to second and fourth respectively. However, Ladygin’s last effort of 1:20.389 granted him the pole by only 17 thousandths of a second.
Lukaschevich and Gavrilov will start Race 1 from the second row, while the third will be filled by Mityaev (who topped the DSG Trophy) and Dudukalo. On his maiden appearance in the Hyundai, Bragin qualified a disappointing seventh, eight tenths from the pole, because of a power-steering issue.
The first race will start tomorrow at 13:20 local time (12:20 CET); live at www.tcr-series.tv.