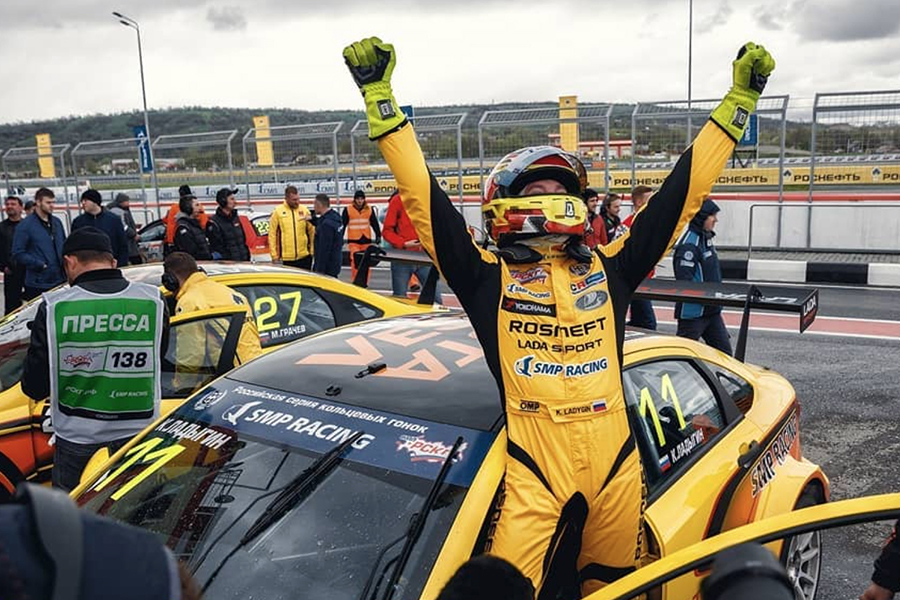 Kirill Ladygin converted his pole position into a comfortable win at Fort Grozny, in TCR Russia’s season opening event. Mikhail Grachev took second place to make a brilliant 1-2 finish for the LADA Sport Rosneft team. The podium was completed by Lukoil Racing’s Andrej Maslennikov who carried out a great recovery after starting from ninth on the grid. Reigning champion Dmitry Bragin too made a brilliant comeback on his first appearance at the wheel of a Hyundai i30 N and finished sixth after dropping to the back of the field following a spin in lap 1. He also set the fastest lap in the process, scoring one additional point.
The track was still damp after the morning rain when the field took the rolling start; Ladygin made good use of the pole and led from Grachev, Klim Gavrilov, Aleksey Dudukalo, Ivan Lukashevich and Bragin. During the first lap, Lukashevich and Bragin came together; the latter spun off and Lukashevich dropped to ninth.
Ladygin pulled away, while Grachev was under the pressure from Gavrilov; behind them Dudukalo’s fourth place was threatened by Grigory Burlutskiy and Mikhail Mityaev. Soon Maslennikov joined this group and on lap 6 overtook both Burlutskiy and Mityaev, climbing to fifth.
During the final laps the order was reshuffled as Gavrilov and Dudukalo collided, which helped Maslennikov to move up to third, while Lukashevich was given a drive-through for the incident with Bragin on the first lap; Bragin took sixth just behind Burlutskiy.
The second race will start tomorrow at 14:10 local time (13:10 CET); live streaming at www.tcr-series.tv.