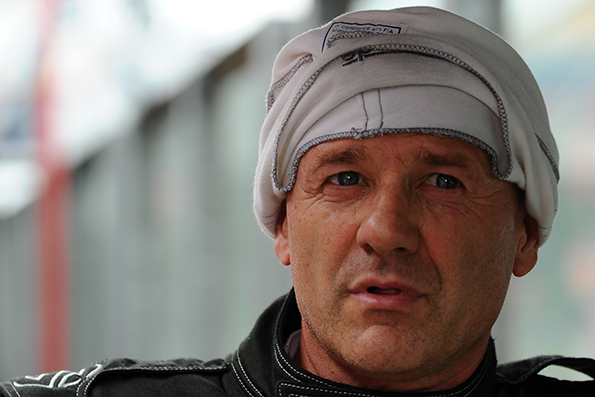 WSC Ltd, the promoter of the TCR International Series, appointed Touring Car legend Nicola Larini as the driver in charge for the forthcoming Balance of Performance test.
The Italian ace will take the wheel of the various eligible cars on Monday and Tuesday next week at Barcelona’s Catalunya Circuit.

A former Formula 1 driver and tester, with 49 Grands Prix under his belt, including one second place at Imola for Ferrari, Larini established himself as one of the most successful Touring Car drivers in the latest twenty years. At the wheel of Alfa Romeo factory cars he was crowned Italian Supertouring champion in 1992, won the 1993 DTM, finished second in the FIA World Touring Car Challenge at Monza in the same year and claimed eight race victories in the FIA European Touring Car Championship between 2001 and 2003. From 2005 to 2009 he raced for Chevrolet in the FIA World Touring Car Championship, in which he was classified fifth in 2007.

“I have accepted with pleasure to run this test; it is going to be an interesting experience and I trust I will be able to deliver a clear and detailed feedback that help to balance the performance of the different cars. I have gained enough experience in Touring Car racing and with the turbo engine to duly accomplish this task,”declared Larini.

Marcello Lotti, CEO of WSC, said: “Having a very experienced driver like Larini is the best guarantee of success for the test. From his undisputed driving skill and technical knowledge, Nicola is the right person to help our technical department to fix Balance of Performance among the different cars. We are very grateful to him for having accepted our invitation.”

The Balance of Performance will be based on three different parameters: the minimum weight of the car (+/- 70kg), its ride height (-10/+20mm over 80mm) and the air restrictor (95/90% of nominal diameter).