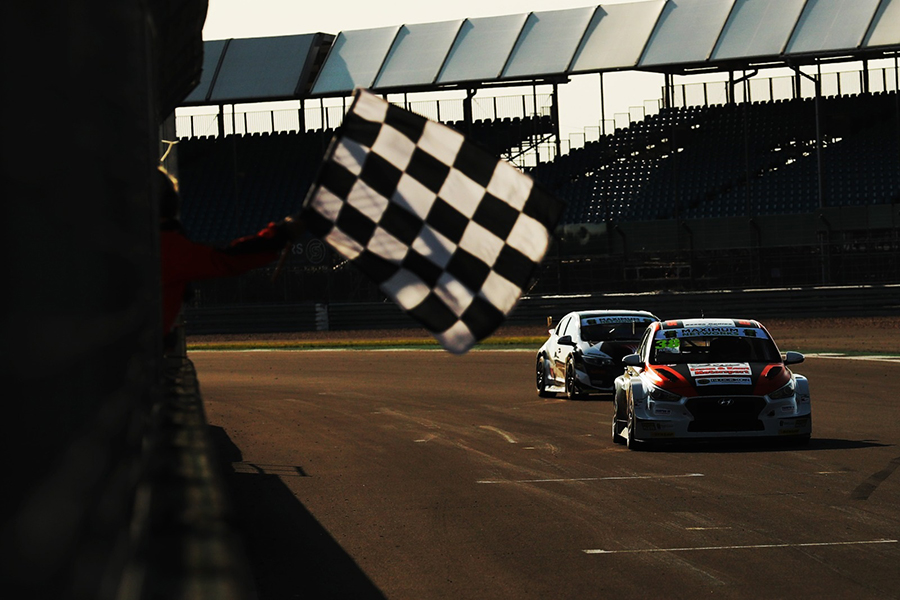 Lewis Kent stretches his leadership in the TCR UK

In the second event of the TCR UK championship that was run on Silverstone’s National Circuit, Lewis Kent managed to stretch his leadership in the standings to 32 points over Max Hart.
In Race 1, Darrelle Wilson and Dan Kirby began fighting for the lead right after the start. They clashed once during the first lap and then again in lap 12 while trying to negotiate abreast the Brooklands bend; this time contact ended in disaster as Wilson hit the barrier, with Kirby skating into the gravel.
Kent benefited from the situation to move into second overall and first of the TCR cars, finishing the race ahead of Max Hart and Tim Docker.
Later on, Kent took a lights-to-flag victory in Race 2. Behind him, Hart and Kirby delivered a close fight and eventually completed the TCR podium.
The TCR UK championship will come to an end at Donington Park on 17/18 October.