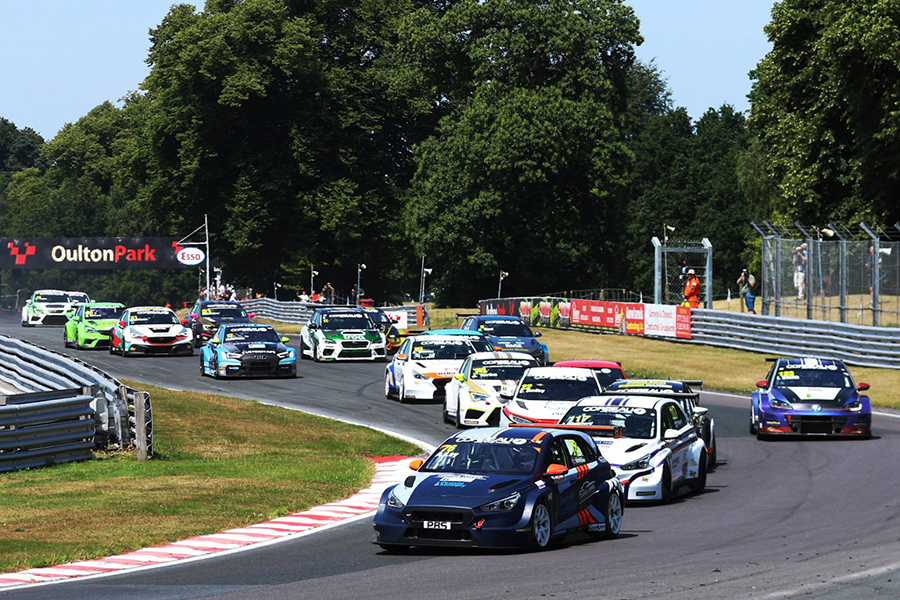 Ley and Tonks win at Oulton Park, as Smith takes the points lead

Alex Ley and Jamie Tonks won the TCR UK races at Oulton Park. Ley scored his second consecutive victory in Race 1, while Tonks claimed his maiden win in the second race. With the championship leader Max Hart stripped of the pole position and retired in both races, Isaac Smith capitalised on two third places and took the lead of the standings with a healthy 42-point margin.

Hart had been fastest in Qualifying by half-a-second but was dropped at the back of the grid with a further 10-second penalty at the start, for an overboost infringement and so Ley inherited the pole with Adam Shepherd alongside him. Ley got away well ahead of Shepherd, with Bruce Constable, Chris Smiley and Smith behind them. In lap 3, Smith overtook Smiley for P4; Hart had recovered up to 13th by the end of lap 4, but then stopped along the track. In lap 6, Smith moved up another place passing Constable for third; the latter dropped to sixth behind Smiley and Tonks. In lap 7, the safety car was deployed to recover Hart’s Hyundai. When racing resumed, Constable went wide while defending the fifth place from Tonks and then retired; Bradley Kent retired as well after making contact with Anthony Whorton-Eales.

Ley claimed his second consecutive win ahead of Shepherd and Smith, while Smiley kept Tonks at bay to finish fourth.

Matthew Wilson had the pole for Race, but Lewis Kent led at the start from P2, while Wilson was passed by Winfield, Tonks and Andrew Wilmot during the first lap. In lap 6, Bradley Kent retired while he was trying to defend the 12th position from Hart who had started from P19. Hart continued climbing and passed Ley and Whorton-Eales moving into P10.

Lewis was chased by Winfield, Tonks and Wilmot, while Smiley struggled to defend the fifth place from Smith. In lap 10 the battle for the lead heated up, with Winfield and Tonks overtaking Lewis, and then Tonks passing Winfield. Behind them, Lewis was under pressure from Smiley who was closely followed by Wilmot, Smith and Shepherd. In lap 12, Smith passed Wilmot for P5 and then Smiley for P4, while Hart retired into the pits. In lap 15, Smith overtook Lewis for third and this is how he finished behind Tonks and Winfield, while Kent was dropped from fourth to 11th by a 15-second penalty for track limits.