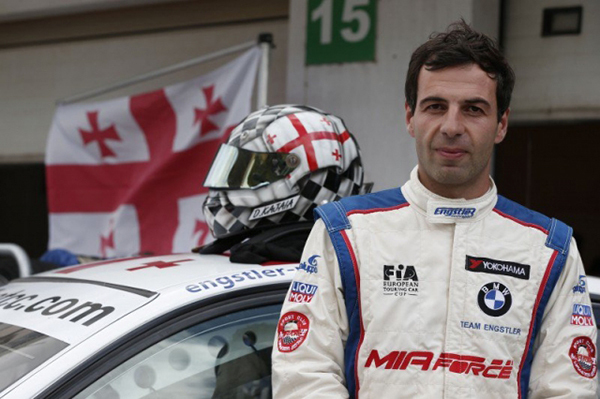 Davit Kajaia is the first driver to commit for the 2016 season of the TCR International Series. The 31-year old from Georgia has signed with Liqui Moly Team Engstler to drive one of the Volkswagen Golf cars run by the German outfit.
After clinching no less than six national titles in the Georgian Slalom and Legends series, Kajaia was crowned three times champion in the Legends European Cup (2012, 2013 and 2014).
During the current season, the Georgian has collected another European title, dominating the TC2T class in the FIA European Touring Car Cup at the wheel of a Liqui Moly Team Engstler BMW 320 TC.

“We are happy to continue working with Davit. The new car and new tracks will be a great challenge for him and the team, but we are confident that together we may enjoy another successful season in 2016,” said team manager Kurt Treml who added: “We will run three Golf TCR cars in the 2016 TCR International Series and soon we will announce our two other drivers.”