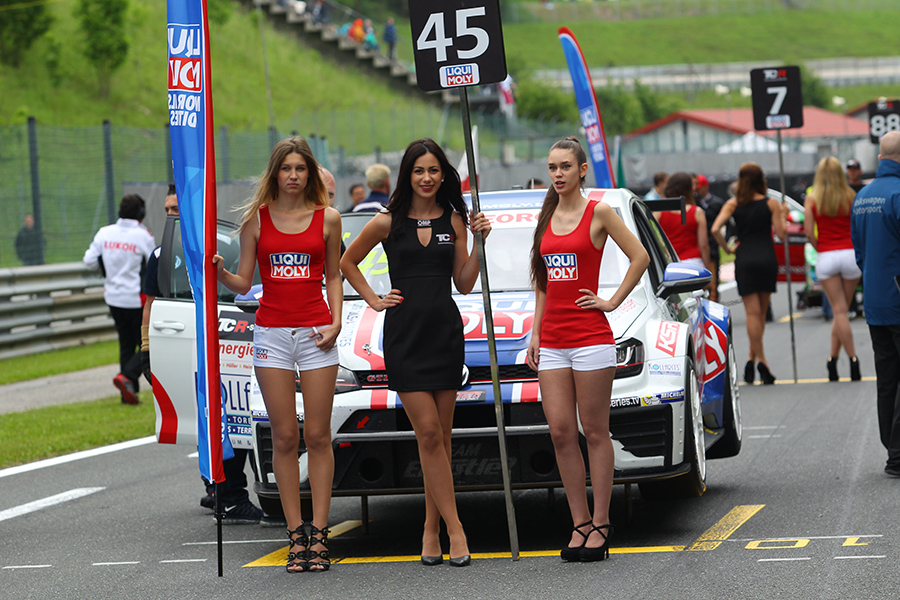 Niklas Mackshin, 21-year old from the Hanover region, was the latest addition to the TCR International Series field for the Oschersleben event.
The young German will drive a Volkswagen Golf Gti for the Liqui Moly Team Engstler alongside the team’s regular Davit Kajaia.
Despite his young age, Mackshin has already proved a very competitive driver in Touring Car competition. After winning two German titles in the 2013 ADAC Chevrolet Cruze Cup and the 2014 DMV BMW Challenge, Mackshin switched to international racing and dominated the Super 1600 class in the 2015 FIA European Touring Car Cup.
At the wheel of a Ford Fiesta he won 10 out of the series’ 12 races and clinched the continental crown.
In the current season he is successfully defending his title; with four victories out of six races Mackshin is leading the standings with a wide margin.