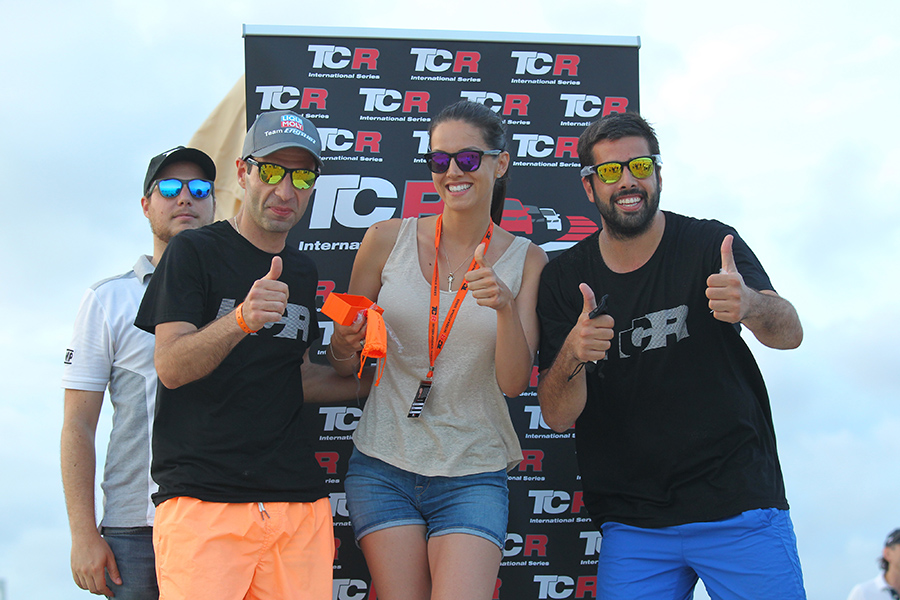 No track activity this Friday at the Sochi Autodrom, but teams and drivers kept busy preparing the Russian event. There was time also for some leisure, as a TCR beach volley tournament was organized at the Volna Beach bar in the Olympic Park, on the shores of the Black Sea.
The competition was taken quite seriously by everybody, as much as the socializing, cheering and drinking (mostly soft drinks, but indulging in a few beers as well).
The six teams in competition (Mulsanne, B3, Bamboo, WestCoast, Leopard and Liqui Moly) fought eagerly, with some individuals sticking out: Michela Cerruti showed great style, Dušan Borković was gracious enough to his rivals to confine himself to a coaching role, Jean-Karl Vernay played mostly alone while Stefano Comini was building sand castles and volcanos in the pitch, Pepe Oriola proved excellent in serving and Gianni Morbidelli managed to go through the competition without diving a single time… Eventually, it was the Liqui Moly team, captained by an effective and calm Davit Kajaia, to emerge as the winner, receiving Hawkers sun-glasses as prizes, awarded by Andrijana Borković, elected as podium hostess by unanimous consent.