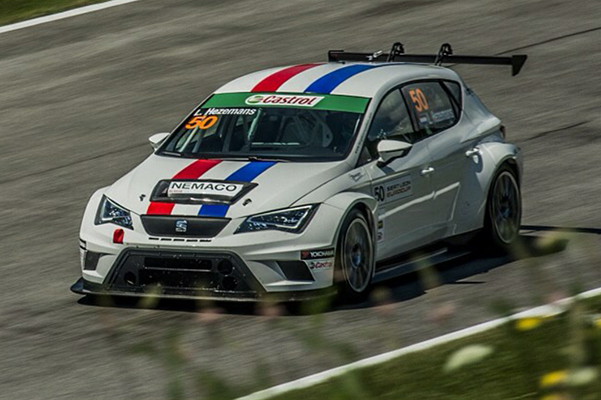 Loris Hezemans to race in Singapore with Target

Target Competition announced that Loris Hezemans will join the team for the next race meeting of the TCR International Series that will take place on September 19th and 20th at Marina Bay Circuit in the frame of the Singapore Formula 1 Grand Prix.
The 18-year old Dutchman is the youngest exponent of a famous dynasty of racing drivers. His father Toine was one of the most successful sportscar and touring car racers in the Seventies; a factory driver for Alfa Romeo, BMW and Porsche, he was crowned three times European champion, twice in touring Cars (1970 and 1973) and once in GT (1976). He also claimed overall victories in the Targa Florio (1971), the 24 Hours of Spa (1973) and Daytona (1978) and two class wins in the Le Mans 24 Hours (1973 and 1975).
Loris’ elder brother Mike was a top racer in the FIA GT Championship, scoring twelve race wins at the wheel of Chrysler Viper cars and finishing four times second in the points (2000, 2001, 2008 and 2009).

Team principal Walter Gummerer explained: “Loris has raced for us in the latest round of the SEAT Eurocup at the Red Bull Ring; it was his first time at the wheel of the León and he won straight away. We were so much impressed that decided to let him race again in Singapore, with the aim of putting together a programme for next year’s TCR International Series.”

Loris Hezemans is only in his second racing season, having made his debut last year in the BeNeLux Renault Clio Cup; he is currently competing in the Audi Sport TT Cup. “I'm extremely excited to participate in the TCR International Series, especially in an event that takes place during the F1 Grand Prix, with a very large crowd. The championship itself looks very competitive with a lot of fast and experienced drivers and different brands involved. My goal in Singapore is to be able to make the top five and, hopefully, reach the podium in one of the races,” Hezemans said.