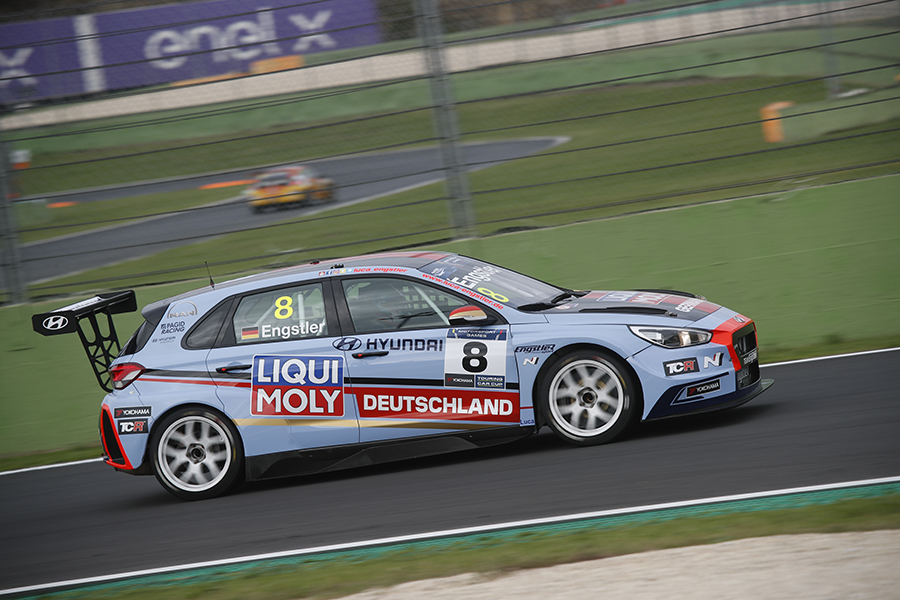 Team Germany’s Luca Engstler set the fastest lap at Vallelunga in the first Free Practice for the Touring Car Cup of the FIA Motorsport Games.
Towards the end of the 30-minute session, the young German completed a lap of 1:40.928, becoming the only driver to break the 1:41 mark and demoting Team Russia’s Klim Gavrilov to second after he had topped the ranking for most of the time with a lap of 1:41.119.
On his last lap, Mato Homola (1:41.483) moved into third place beating Gilles Magnus (1:41.489) by only six thousandths of a second, while Tom Coronel (1:41.560) advanced to fifth ahead of John Filippi (1:41.912) and Jessica Bäckman (1:42.163).
Gonzalo De Andrés, Faine Kahia and Enrico Bettera rounded off the top-ten, with the New Zealander emerging as the fastest among the Touring Car beginners.
With Hyundai and Audi cars sharing the top four positions, Honda, CUPRA and Peugeot cars immediately behind, the Alfa Romeo, Volkswagen and MG cars struggled to set competitive times. Norbert Kiss placed his Giulietta in 12th position, with a gap of 2.2 seconds and was followed by the Golf GTI of Julius Adomavičius; Rory Butcher was the best of the two MG drivers in 17th position one further second adrift.
The second free practice will take place at 14:35.