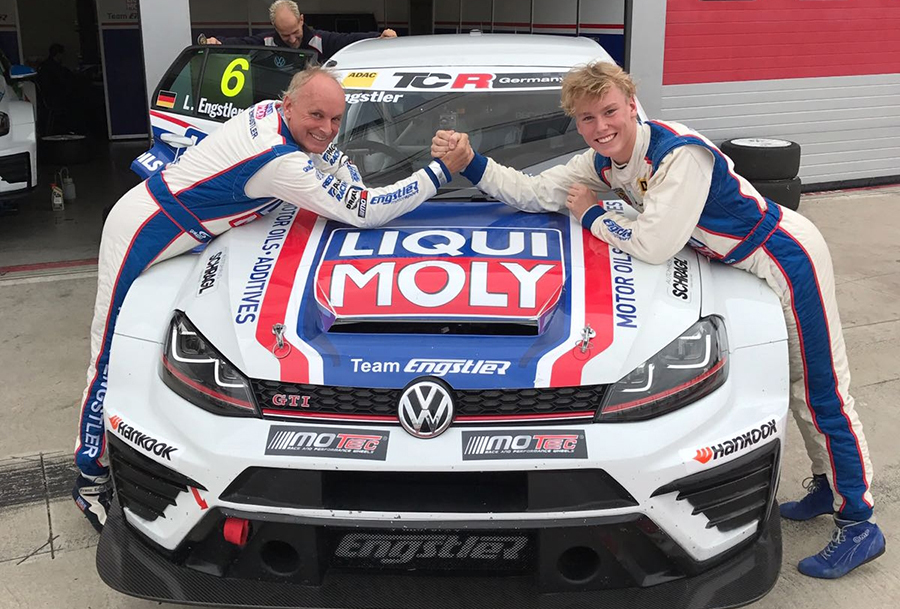 Luca Engstler, son of Touring Car veteran Franz Engstler, will make his TCR debut at Dubai next week in the opening round of the TCR Middle East Series.
The 16-year old will be driving a Volkswagen Golf GTi TCR run by his father’s Liqui Moly Team Engstler.

“It will be my first ever race in a touring car and, of course, I am a bit nervous. But I am also very happy and still can´t believe that my debut will be in Dubai,” said the German teen-ager who spent the last two years in the ADAC Formula 4 championship.

The participation in the Middle East series is part of Luca Engstler’s preparation to his commitments in the ADAC TCR Germany series: “I am proud to be part of the TCR Family, I think it´s one of the best platforms in automobile sport. The Middle East series will be the perfect training for TCR Germany and my goal is to learn as much as possible during these three events.”

Luca has already tested the Golf TCR at the Adria International Raceway: “That was one of the most emotional moments in my life! Since I was a child I have watched my father driving in Touring Cars, so testing together with him on the same track and with the same car was an unbelievable feeling. And it was not only emotional. We posted some very fast laps!”