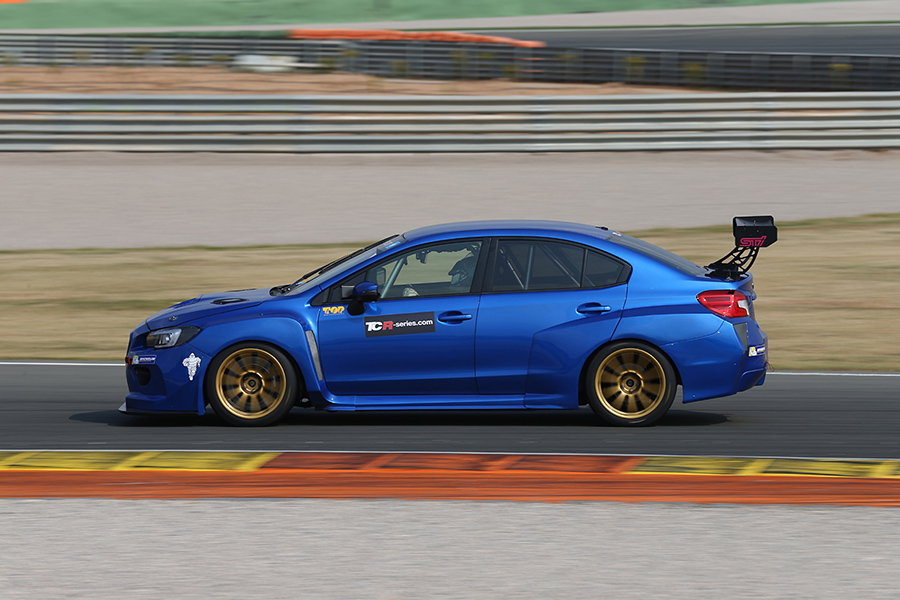 Luigi Ferrara at Bahrain in the Top Run Subaru

It will be Luigi Ferrara to drive the Top Run-built Subaru STi TCR in the International Series season opener at Bahrain.
A former champion in the Italian F3 (2005) and Porsche Cup (2008), Ferrari proved his Touring Car skills at the wheel of a Mercedes AMG (also built by Top Run), winning several Superstars races and finishing twice runner up in the International Series (2011 and 2012).

“I’m so excited to race in the TCR International Series that is a top-level championship. I’m also pleased to get back to sprint races, that is where I claimed by best results. It is true that I don’t have experience with front-wheel drive cars, but I’m used to adapt myself quickly to any new cars. And I’m not like a fish out of water, because I know the team and I know the track, where I claimed a fourth place in the 2009 Porsche Supercup. My only regret is not to have time to test the Subaru before, but I am optimist and my goal is to finish in the points,” said Ferrara.

Team manager Renato Russo added: “Bahrain will be another important test on the way to develop the Subaru TCR, and in this respect we are happy that Ferrara agreed to drive, because we have worked very well with him in the past.”