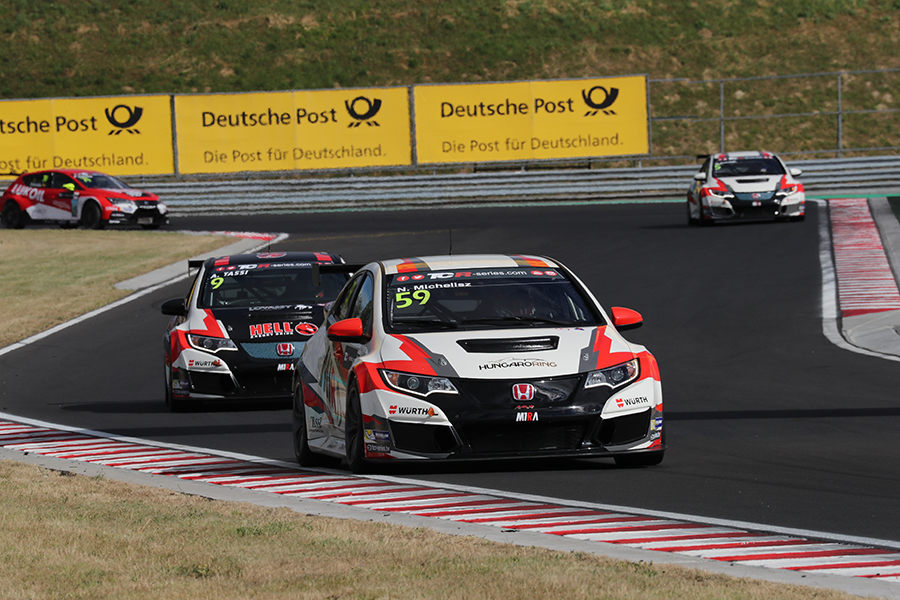 With Roberto Colciago forced to miss this weekend’s TCR International Series race meetin at Buriram’s Chang International Circuit, the M1RA team reacted by entering Giacomo Altoè and Norbert Michelisz alongside Attila Tassi.
Colciago, one of the main contenders for the 2017 Drivers’ title, has been sidelined by medical reasons. In fact the Italian driver has not fully recovered from the incident at the start of the second race at Oschersleben that resulted in three cracked ribs.
To help Tassi, who is also in contention for the title – he currently lies second in the standings, only two points behind Leopard Racing’s Jean-Karl Vernay – M1RA team owner Norbert Michelisz rejoined the series after having raced at the Hungaroring claiming pole position and finishing second in Race 1. He will be obliged to carry 20 kilos of success ballast because of those results.
Altoè will be driving the team’s third Honda Civic car, following his switch from WestCoast Racing.