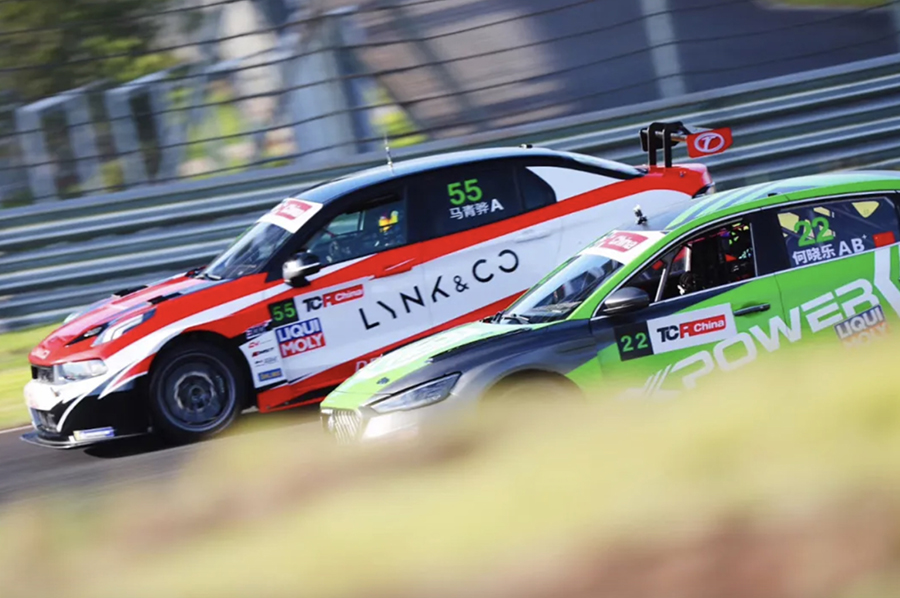 Ma Qing Hua won both races on Saturday for the TCR China championship 2020 season opener at the Zhuzhou International Circuit, dominating Race 1 from pole, and then carved through from the back of the pack to win Race 2 comfortably in his Teamwork Motorsport Lynk & Co 03.
Ma led the way from pole position in Race 1, while his team-mate Lu Wei leapt up into second place from third on the grid, passing Rodolfo Ávila’s MG Xpower 6 at the start.
From then on the first race was very much a procession, with the two Lynk & Co cars pulling out a seven-second lead on the field, while the only action was further back as the 326 Motorsport Audi of Wu Yifan slowly dropped down the order.
The top seven from qualifying were reversed for Race 2, with Wu’s Audi starting on pole, but a rocket start from Lu Wei from fifth on the grid saw the Teamwork Lynk & Co lead the way into Turn 1. A stall for Yang Xi in his Champ Motorsport Audi blocked Ma’s way, and the Race 1 winner was seventh by the end of the first lap, but quickly started to fight his way forward, and was up to third by the end of lap four.
The race then came to an end for Lu Wei on the same lap, with the Lynk & Co slowing to a halt on circuit, promoting Cui Yue’s MG into the lead ahead of Ma, and the other MG of Ávila.
The race was suspended behind the safety car for three laps, while at the restart on lap eight, Ma drove straight into the lead and began to pull away.
Ávila passed his team-mate Cui a lap later for second, while the action was now behind, as the Autohome Racing Team Lynk & Co of Lin Qi battled the Audi of Wu Yifan for fourth for several laps, before falling to the back of the pack on lap 11.
Ma won the race by four seconds over Ávila, and leads the championship heading into tomorrow’s races, where he’ll start fifth and third.
Races 3 and 4 will take place tomorrow at 10:10 and 17:15 local time.