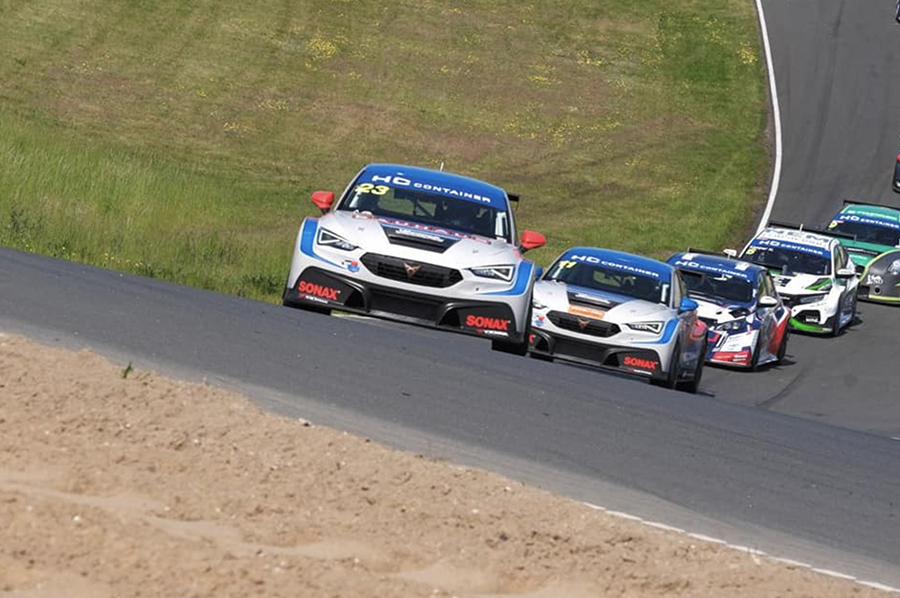 Jan Magnussen opened the 2021 TCR Denmark’s season with a victory in the first race at Ring Djursland. It was a great start for LM Racing with the new CUPRA Leon Competición cars, as Magnussen’s teammate Nicolai Sylvest finished second.
On a short circuit, where overtaking is difficult, the first six drivers finished as they had started. Casper Elgaard completed the podium behind the LM Racing’s pair, while the reigning champion Kasper H. Jensen kept Jacob Mathiassen at bay for P4 and Michael Markussen ranked sixth.
The first change concerned the seventh place that saw Michael Carlsen managing to pass René Povlsen.
The start was chaotic with a pile up that eliminated three cars. Philip Lindberg’s Alfa Romeo Giulietta that was ninth on the grid, stalled and was hit by Allan Kristensen’s Volkswagen Golf GTI that spun and was collected by the CUPRA of Kim Lund and the Honda Civic of Kenn Bach. Only Bach was able to continue.
Races 2 and 3 will follow in the afternoon at 13:40 and 14:35 CEST.