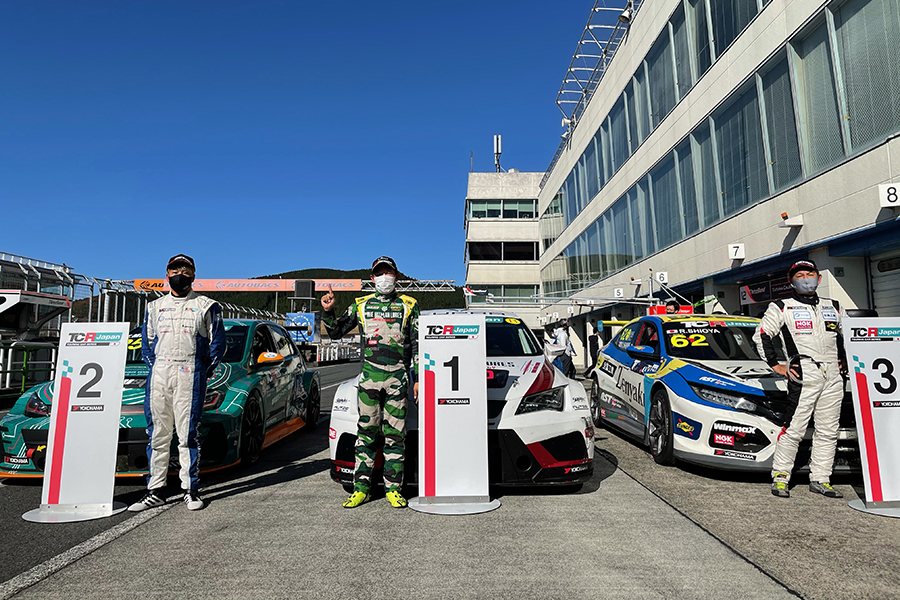 Maiden victory in TCR Japan for ‘Hirobon’ and CUPRA

Birth Racing Project’s ‘Hirobon’ claimed his maiden TCR Japan victory in the second race at Autopolis, driving his CUPRA to the first success in the championship for the Spanish brand.
Takuro Shinohara, who had won all the races so far but one, was comfortably leading when his Audi RS 3 LMS run by Hitotsuyama Racing was forced to retire by an engine failure. This paved the way to ‘Hirobon’ for taking his maiden win, while the reigning champion Takeshi Matsumoto finished second and stretched his leadership in the standings to 15 points over Shinohara.
At the start, Shinohara, Matsumoto, ‘Hirobon’ and Rio Shimono entered abreast into Turn 1. Pole sitter Shinohara took the lead on the inside, while Matsumoto and Shimono remained on the outside and so ‘Hirobon’ moved into P2 ahead of Matsumoto and Resshu Shioya passed Shimono for P4.
The race looked set to have the same progress as yesterday’s, with Shinohara pulling away and increasing his leading margin by one second per lap over ‘Hirobon’; behind them, Matsumoto was defending the second position in a close battle with Shioya and Shimono.
Suddenly at the end of lap 8, Shinohara slowed down with a technical issue and ‘Hirobon’ passed him for the lead at the beginning of lap 9; during the same lap, Shinohara dropped to fifth and then retired into to the pits.
With ‘Hirobon’ comfortably in the lead, the final laps delivered a close fight for the other podium positions. First Shioya managed to reject an attack from Shimono and then, during the last lap, he tried to pass Matsumoto for second, but the latter resisted and so they finished in the same order: Matsumoto second, Shioya third and Shimono fourth, with Mineki Okura fifth ahead of Masayoshi Oyama who was later excluded for a ride height infringement.
The TCR Japan championship will resume at Suzuka on December 5th and 6th.