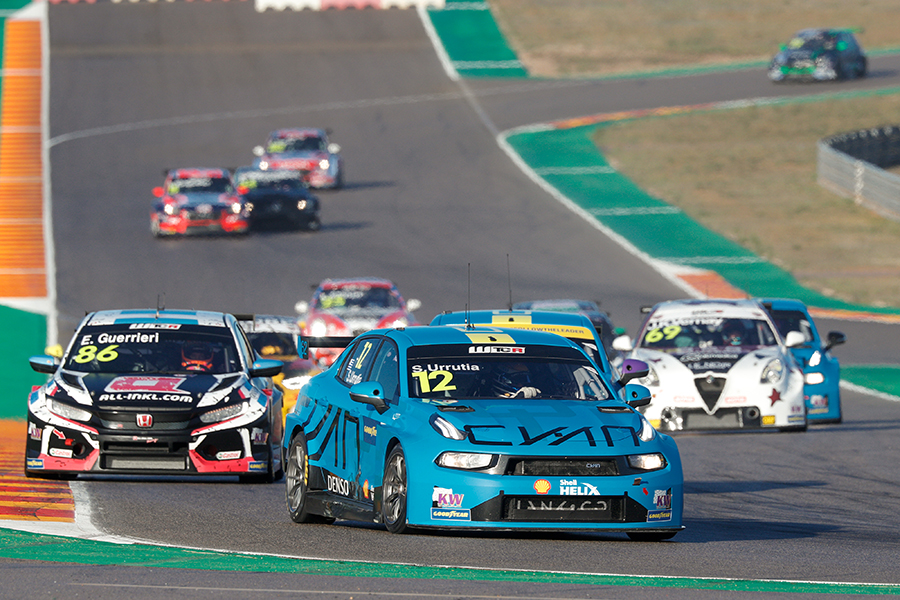 WTCR rookie Santiago Urrutia provided the icing on the cake for Lynk & Co and Cyan Racing, claiming his maiden victory in the third race at Motorland Aragón. The young Uruguayan started from pole position and bid farewell to the company, leading for the whole race.
Yann Ehrlacher who was crowned champion after the previous race finished the season in style with a second place, while Yvan Muller recovered from P10 on the grid to the fourth place under the chequered flag and finished as runner up in the championship behind his nephew.
Jean-Karl Vernay put in another strong performance and drove his Alfa Romeo Giulietta to another podium result in third place, however he saw the third position in the standings – an historical result for the independent Team Mulsanne – vanishing on the last lap when Attila Tassi slowed down and let Esteban Guerrieri through.
The tenth position in the race, meant that the Argentine finished on equal points with Vernay, but third in the standings due to the count of race victories.
At the start, Urrutia and Ehrlacher led the field into Turn 1, with Nathanaël Berthon in third position. However, soon the Comtoyou driver began to drop. Vernay and Thed Björk passed him in lap 2, Mikel Azcona and Muller one lap later.
From that moment onwards, the race became processional. The last thrill was provided by Muller who benefited from the battle between Björk and Azcona to pass them both and move into a fourth place that granted him the second position in the championship.