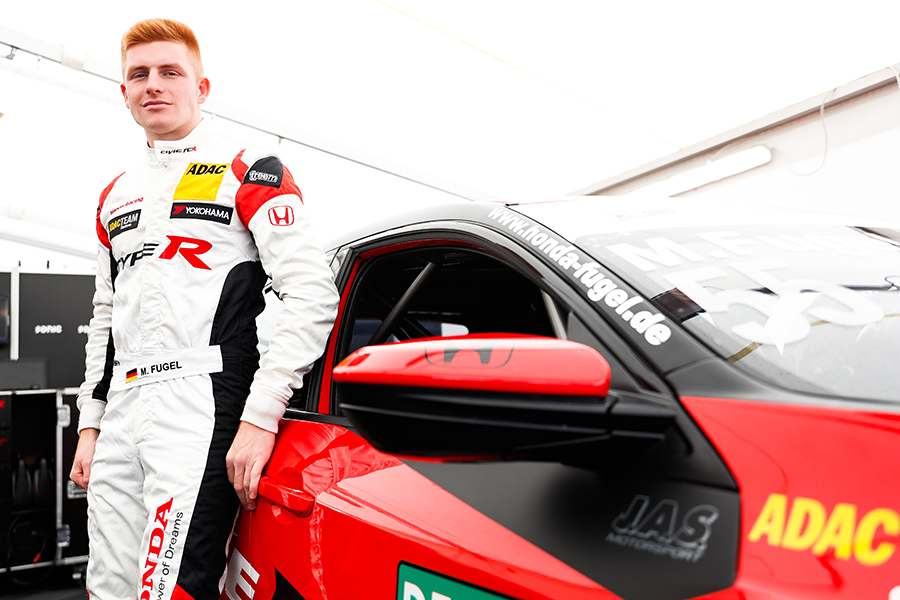 The reigning ADAC TCR Germany Junior champion, Marcel Fugel will return to the series in 2021. "Last year was a very good season, now we have to see where we are heading in 2021," said the 20-year-old, who finished fifth in the overall standings with three podium results. “Now, ideally the goal is clinching the TCR Germany title, but everything is still a long way off. I'm definitely aiming for finishing among the top-three.”
The sixth season of the ADAC TCR Germany will start on the weekend from May 14th to 16th at Motorsport Arena Oschersleben and Marcel Fugel will race again in a Honda Civic Type R entered by Team Honda ADAC Sachsen, but without his brother Dominik as teammate.
“Dominik will switch to the ADAC GT Masters and of course I will miss him. We used to talk a lot and discuss how to approach races and circuits,” Marcel said.
The team is anyway planning to run two cars and is currently in negotiations with several drivers.