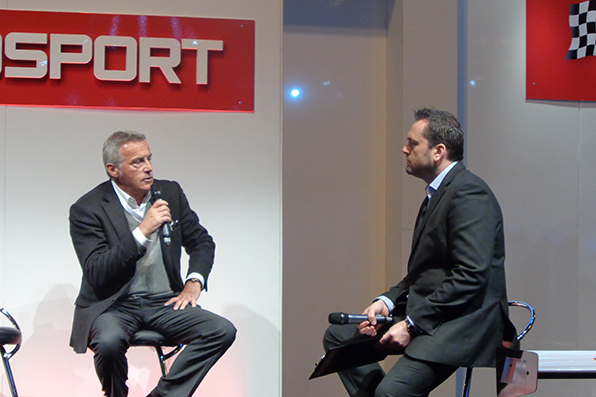 Marcello Lotti takes to the stage at Autosport Show

Marcello Lotti, the CEO of WSC Ltd., was one of the guests onstage at this weekend’s Autosport International Show at Birmingham’s National Exhibition Centre.
Lotti took the opportunity to introduce the TCR concept to British fans and reveal several new aspects of both the TCR International Series and a number of national and regional TCR series that have yet to be announced.

Lotti revealed that there are five manufacturers already lined up to compete in the 2015 TCR International Series with others waiting in the wings. “We are going to see at least five brands in 2015 with SEAT, Honda, Volkswagen, Ford and Opel. We have three more manufacturers at the door, but I cannot say their names yet. We are going run a first Balance of Performance test at the beginning of February. Then we can also reveal the remaining brands.”

Speaking to the website touringcartimes.com, Lotti explained that the four national and one regional TCR series already revealed will be joined by several more. “We’ve just started to design a communication plan with the different national promoters. Some have been announced already; Italy, Asia, Portugal, USA; while Spain will be announced soon, as will Thailand, Russia, the Dominican Republic, and China. There’s also a lot of interest in Central America to have a regional series as they cannot afford to have national one, except for in the Dominican Republic, but other countries, like Venezuela, Guatemala and Colombia are all keen in having a regional series.”