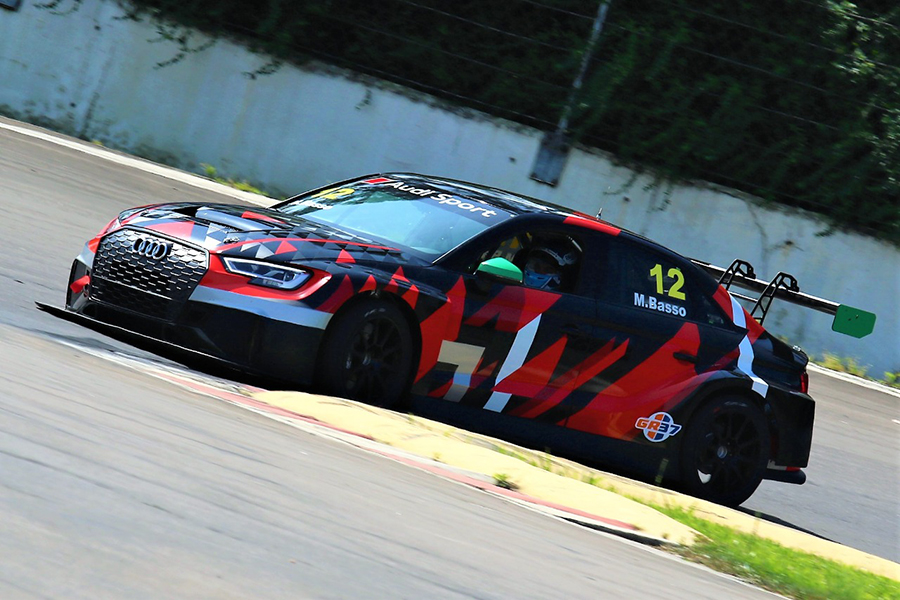 Marcio Basso became the first driver to complete a test in view of next year’s TCR South America inaugural season.
For two days, at Tarumã’s Velopark Circuit, the Brazilian driver sat at the wheel of an Audi RS 3 LMS that had previously raced in TCR Italy, winning a couple of races in the hands of Enrico Bettera.
A former title contender in the International GT Open series – he finished second in 2017 and third in 2018 – Basso had previous Touring Car experience in the Copa Petrobas de Marca in which he was a podium finisher at the wheel of a Chevolet Cruze.

“I’m delighted to be part of TCR South America’s pioneer season. The concept of the category is successful, and it will be a pleasure to race on the continent’s best racetracks against talented drivers from the whole Latin America. The Audi TCR is a great car and very fun to drive. The lap times we clocked during the test at Velopark were impressive, even faster than we expected. I’m very proud to be the first Brazilian driver to test the car that I will race next year,” said Basso who will be racing for MC Tubarão a team that has been recently successful in the Brazilian Endurance Championship.