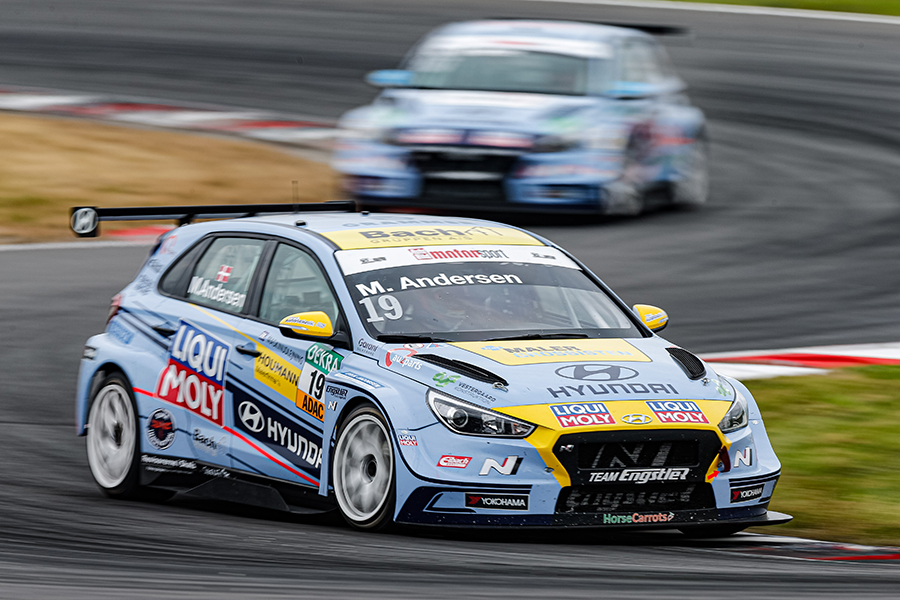 Martin Andersen topped the second Qualifying session of the ADAC TCR Germany championship at the Lausitzring. This was the second pole position for the Dane after the one he took in the season opener at Oschersleben. Andersen drove his Hyundai i30 N to complete a fastest lap of 1:29.299 beating his Team Engstler colleague Luca Engstler – the winner of yesterday’s Race 1 – by three tenths.
After Saturday’s rain, this time the 20-minute session took place in sunnyy weather.
Marcel Fugel spun on cold tyres during the warm-up lap, which was the beginning of a disappointing session for the Team ADAC Sachsen driver who eventually qualified ninth.
The first provisional fastest time was set by Jonas Karklys at 1:30.175, but shortly afterwards Dominik Fugel broke the 1:30 mark with a lap of 1:29.916.
Engstler was the next one to improve, in his attempt of encoring his pole position for Race 1; his effort was worth 1:29.601.
But that was not the end, because three minutes before the chequered flag, his teammate Andersen was able to go quicker and won the pole. The last one to improve was Eric Scalvini who qualified fourth with a lap of 1:30.013.
The second race will start at 14:40 CEST with live streaming at www.tcr-series.com.