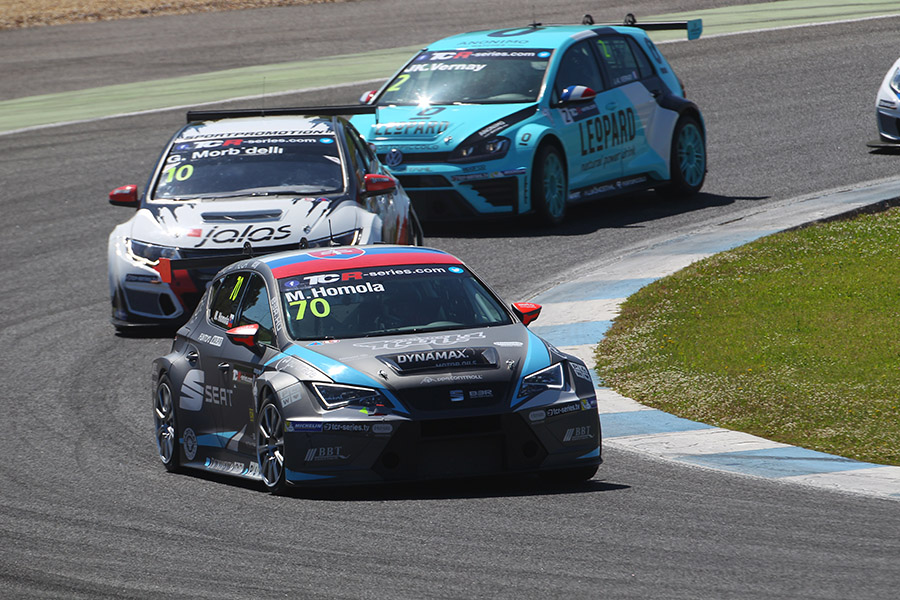 After distinguishing himself as one of the leading players during last weekend event at Estoril, Mat’o Homola of the B3 Racing Team has been rewarded by the public votes received in the Fan Award.
In Portugal, the young Slovak posted an impressive qualifying lap time that gave him his first pole position in the TCR International Series, then led for most of the first race, fairly defending his position from a rampant Gianni Morbidelli.
Only in the last three laps was Homola forced to surrender, as the front tyre wear affected the performance of his SEAT. So much that Homola was also outrun by Leopard Racing teammates Jean-Karl Vernay and Stefano Comini, slipping out of the podium positions.
His brilliant performance and fair defence granted him the nomination for the Fan Award, together with Morbidelli; Homola eventually received 86.4% of the vote cast, a landslide that was some compensation for losing a possible victory.

“I found it really nice, that I have received this award. This means that the people liked my performance during the weekend. I was very happy with the pole position, however a not ideal tyre management and defensive driving cost me the podium. I fought as hard as I could, as I really tried to keep at least the third place.But I'm not disappointed, though. The season has just started and there are 18 races still to go! I thank everyone for voting, I really appreciated it!” Homola commented.