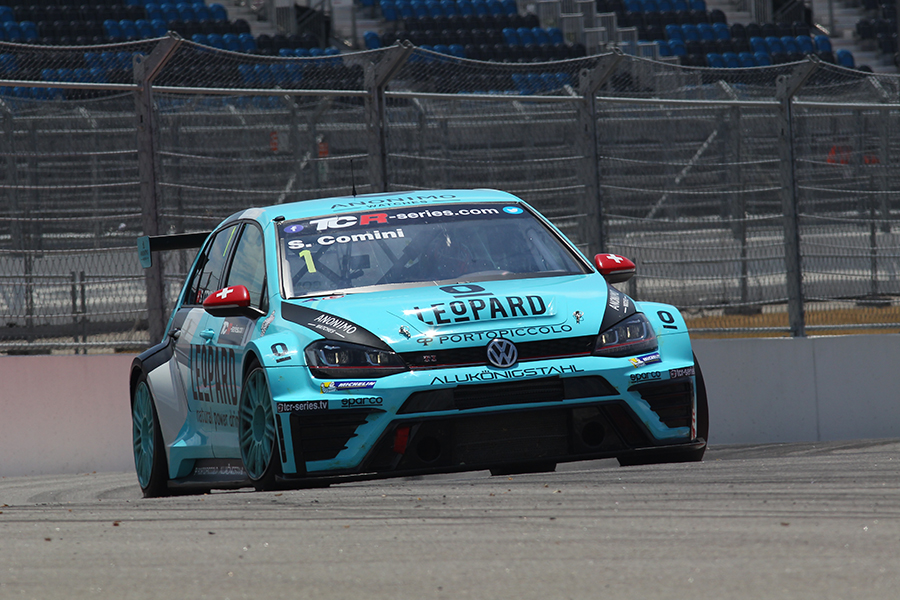 It will be the Leopard Racing Volkswagen Golf Gti driven by Stefano Comini to carry the 30 kilos of the maximum success ballast in the next race meeting of the TCR International Series that will take place in Thailand, at Buriram’s Chang International Circuit.
The reigning champion emerged as the best scorer in the latest event at Sochi, Russia; the Swiss collected 40 points (pole position, victory in Race 1 and fifth place in Race 2) that propelled him on top of the standings once again.
WestCoast Racing’s Mikhail Grachev – the winner of the second race in his home country’s event – scored 37 points, meaning that his Honda Civic will be laden by 20 kilos of success ballast, while Comini’s teammate Jean-Karl Vernay (31 points for him in Russia) will carry 10 extra kilos.
With these success ballasts added to the BoP, the running weights of the three cars will be: 1315 kg for Comini’s Golf, 1335 kg for Grachev’s Civic and 1295 kg for Vernay’s Golf.
The SEAT cars of the other title contenders – Pepe Oriola, James Nash and Mat’o Homola – will run on 1315 kilos.