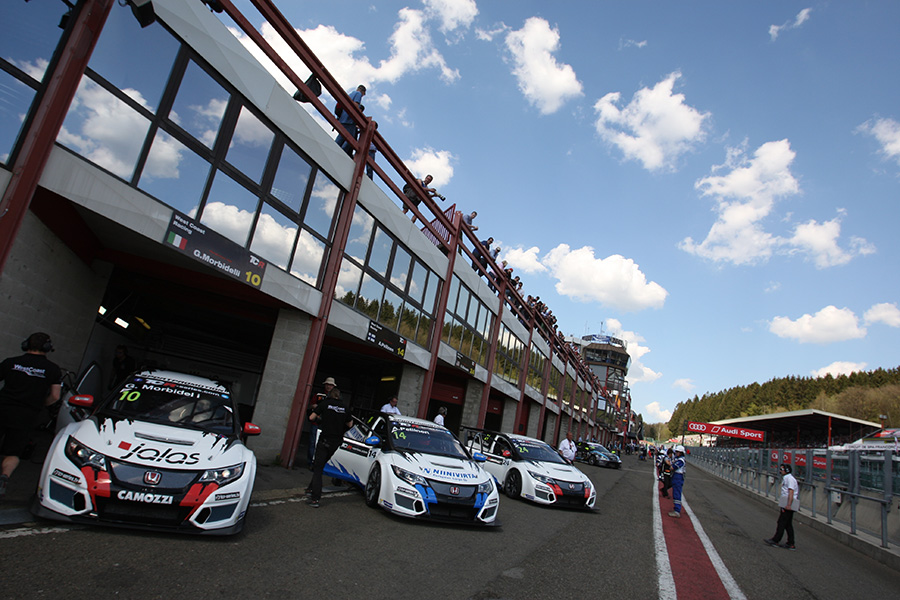 The WestCoast Racing team has significantly reshuffled its driver line-up for the upcoming TCR International Series event that takes place this weekend at Imola.
Touring Car legend Alain Menu and Mikhail Grachev will replace Aku Pellinen and Kevin Gleason at the wheel of two of the team’s three Honda Civic TCR cars; they will join Gianni Morbidelli who is currently third in the Drivers’ Championship.
According to the team, after winning his maiden TCR race in Spa, Pellinen cited budget complications after his key sponsor was no longer able to commit to the series as the reason for his departure, TCR regular and race winner Gleason has also been forced to step down while negotiations with a key backer continue.

Returning to the championship after a couple of appearances last year in the Top Run Subaru, Menu said: “It’s nice to be back and I am grateful for this opportunity. WestCoast is one of the top teams in the series with one of the front running cars, so I am very much looking forward to it, although it will be tough as I haven’t had any opportunity to test the car ahead of what will be a single day event.”

As for Grachev, he has switched from the Liqui Moly Team Engstler for which he had driven since the past season: “For me it is important to grow as a driver and in a team such as WestCoast with an experienced team mate such as Gianni Morbidelli now I fully have it.”

Team Owner Greger Petersson commented: “Grachev has shown commitment to the TCR International series and we are delighted that he sees WestCoast as a team that can help him meet his racing goals. And with Alain we add great experience in Touring Cars that would be a benefit to any team. Of course we are very disappointed to have lost Aku and Kevin with Aku, but this is the reality of racing where commercial partners are needed to meet budgets and hopefully both of them will be able to return to us and the series soon.”