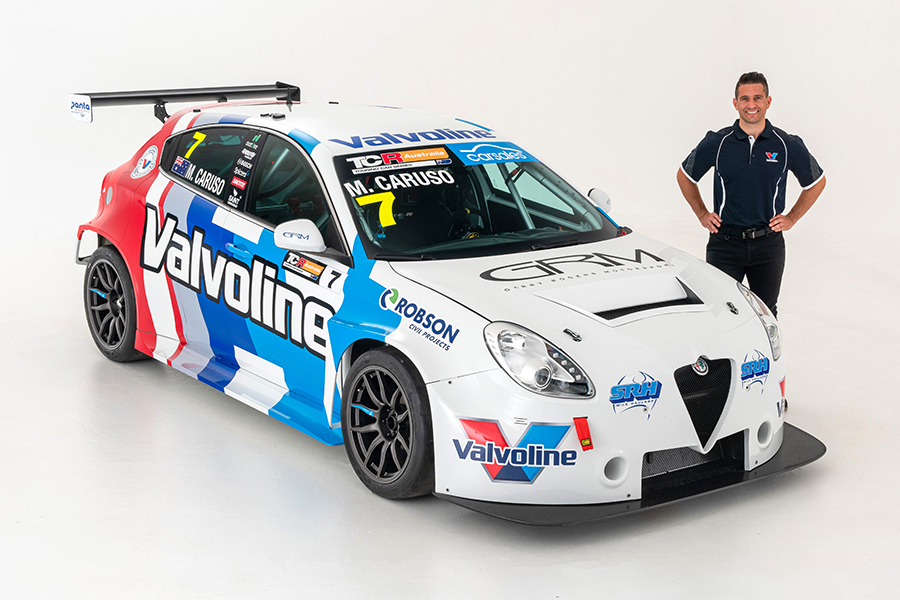 Michael Caruso aims for victory in the Bathurst 500

“I’m really excited to partner with Valvoline and the team for the next two years in TCR Australia,” said Caruso. “I’ve had the opportunity to work with both organisations in the past, and I have so many great memories and still hold many life long friendships from those years. GRM as an organisation has a fantastic, hard working group of people, which are like family to one another and that resonates with me.”

“I watched the first season of TCR Australia and you can see the potential that it has. I knew I wanted to be a part of it, and it is even better that I get the chance to link up with Valvoline and GRM to do it. I know that as a team we have all of the right ingredients to make it successful. I believe we have definitely a chance to give the series a shake up. The Alfa Romeo has shown that it is a strong package – both in Australia and in other TCR competitions around the world.”

“There is already so much excitement around the 500km race at Bathurst and it is something that I’m very much looking forward to competing in. Everyone loves endurance-style racing at Mount Panorama and that race will be the perfect way to end the season. I definitely want to be the inaugural winner and have my name on that trophy.”