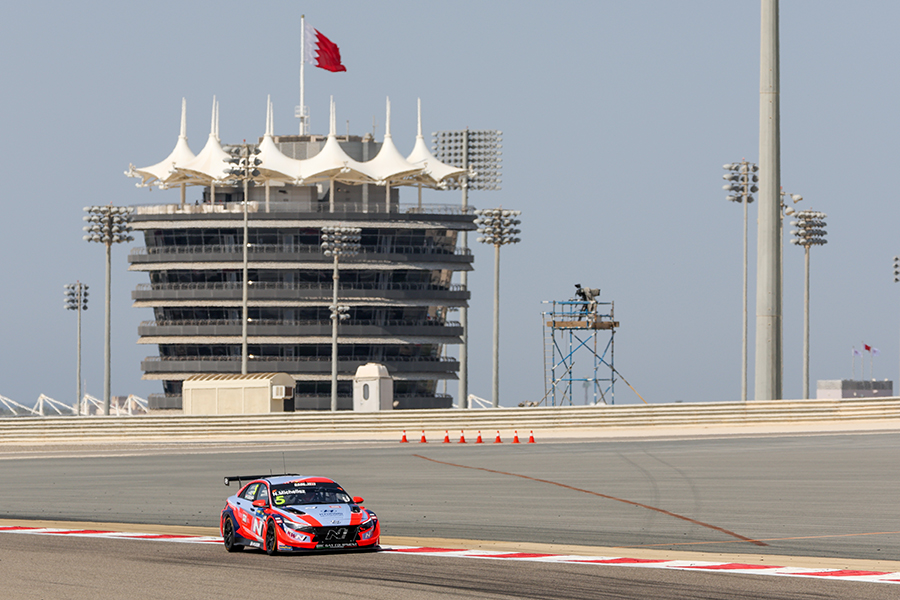 Michelisz wins and Azcona gets closer to the WTCR title

After finish second in yesterday’s Race 1, Norbert Michelisz claimed his first victory of the season in WTCR’s Race 2 at Bahrain International Circuit. His Hyundai BRC teammate Mikel Azcona finished fourth but scored the points for third – as Nicky Catsburg was a guest driver – and so increased his leading margin in the standings to 60 points over Néstor Girolami. With 65 points on offer in the season finale at Jeddah Corniche Circuit on November 25/27, Girolami’s hopes to be champion are very slim. No other drivers remain in contention as Nathanaël Berthon, who has moved into the third place, has a gap of 97 points.

Esteban Guerrieri had the best start from P3 on the grid and passed pole sitter Mehdi Bennani on the outside of T1. As the field negotiated the next corner the Comtoyou Racing’s Audi cars of Gilles Magnus, Franco Girolami and Bennani came together; Magnus retired, while Girolami spun off and dropped down.

Up front, Guerrieri was chased by Michelisz and Catsburg. Behind them, Berthon passed Néstor Girolami for P4, then the Argentine was attacked by Azcona in a duel that was crucial for the title fight. They ran abreast for a couple of laps, until Azcona passed for good in lap 4. One lap later, Michelisz stole the lead from Guerrieri, while Tom Coronel overtook Girolami for sixth. Néstor Girolami lost another place when his brother Franco passed him in lap 7, and then he came under the pressure from Bennani, while Azcona was chasing the fourth-placed Berthon.

Michelisz took his first win of the season, ahead of Guerrieri, while Catsburg completed the podium. Berthon kept Azcona behind to finish fourth but was dropped behind the Spaniard by a five-second penalty for track limits. Coronel and Franco Girolami were classified sixth and seventh, while Bennani eventually passed Néstor Girolami to finish eighth.