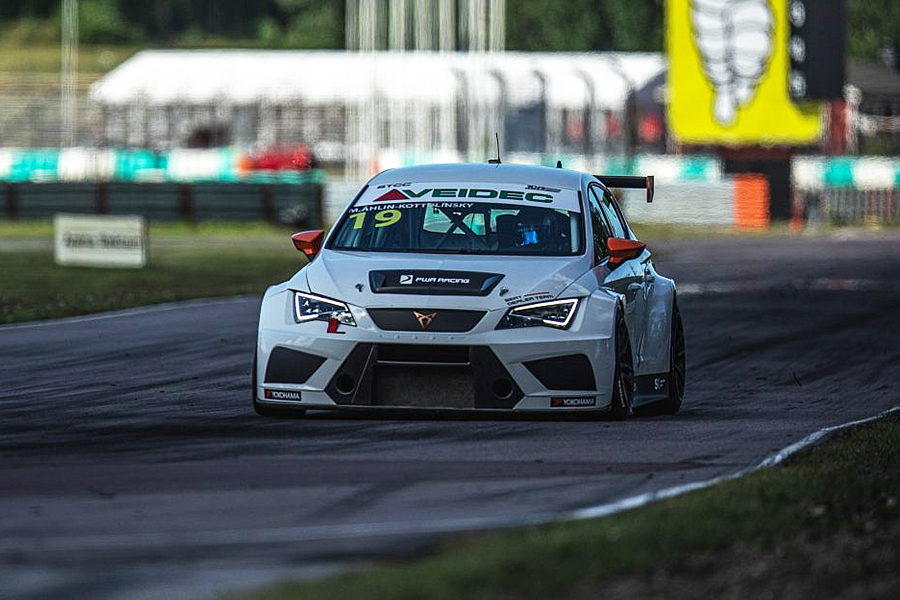 Mikaela Åhlin-Kottulinsky was fastest in the inaugural pre-season test of TCR Scandinavia at Karlskoga. The PWR Racing driver and her CUPRA topped both the afternoon test session and the following one-lap shootout.
Tobias Brink had set the best lap of 1:06.649 in the morning session at the wheel of his Brink Motorsport Audi RS 3 LMS, followed by reigning champion Robert Dahlgren in his new CUPRA Leon Competición (1:06.663) and Mikael Karlsson’s Kågered Racing, Volkswagen Golf GTI (1:06.758).
In the afternoon, Åhlin-Kottulinsky was fastest as she clocked a lap of 1:06.227, beating the Audi cars of Brink Motorsport teammates Brink and Hannes Morin by 0.327 and 0.353 seconds respectively, while Mattias Andersson’s Honda Civic FK2 was fourth fastest, 0.523 off the leader. Dahlgren and Rob Huff (Lestrup Racing, Volkswagen Golf GTI) ranked in fifth and sixth respectively.
After the test, the drivers took part in the shootout, starting in reversed order from the results of both sessions. Once again Åhlin-Kottulinsky set the pace with a lap 1:06.204 that was above four tenths of a second faster than Andersson’s 1:06.631. The gaps were wider as Brink, Oliver Söderström (Lestrup Racing, Volkswagen Golf GTI) and Karlsson were all seven tenths behind.