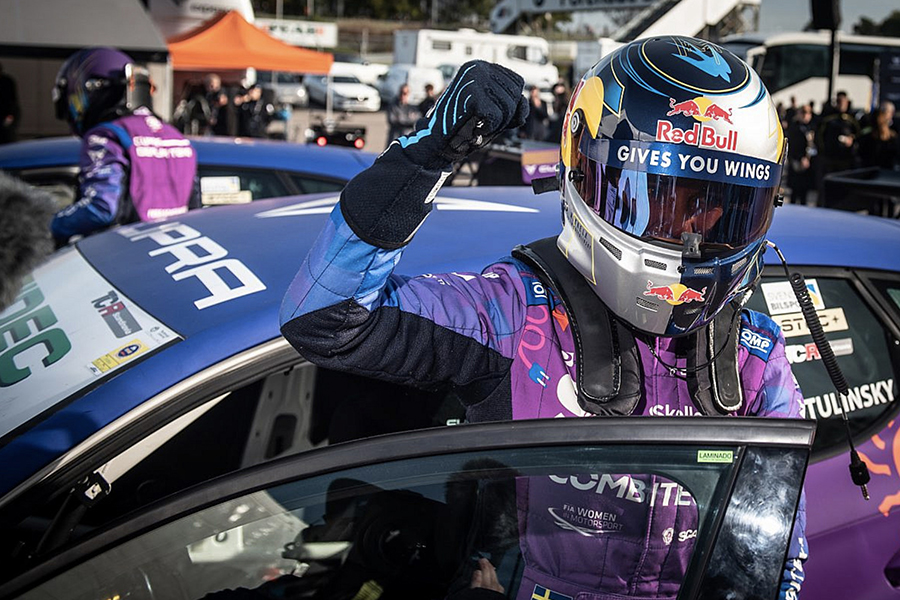 Mikaela Åhlin-Kottulinsky, Robert Dahlgren, and Mikael Karlsson won the last three races of the 2021 TCR Scandinavia at Ring Knutstorp, with Åhlin-Kottulinsky’s results securing the 28-year-old her career-best of second in the drivers’ standings.
In the first race, Dahlgren started on pole ahead of his PWR Racing teammate Åhlin-Kottulinsky but fell in behind her on the way to Turn 1 and played the defensive game for the race, holding back Tobias Brink, the driver who was Åhlin-Kottulinsky’s chief threat for second, until the finish.
Åhlin-Kottulinsky’s win was her second in a row, and her fourth win in the series, and helped her build the gap to Brink on the points table.
The race was largely a procession, with most of the moves being made by Brink Motorsport’s new signing Magnus Gustavsen, who’d gone off on the first lap, and had to work his way up the order to claim tenth.
In Race 2, Dahlgren was on pole ahead of Brink. Åhlin-Kottulinsky forced her way up to second, passing Brink down the inside into Turn 1, but this time she didn’t get any favours from Dahlgren, who pulled out a lead to take his 11th win of the season.
Åhlin-Kottulinsky was able to hold back Brink to the finish to claim another podium result and had almost done enough to secure her second place, although there was still a mathematical chance for Brink going into Race 3.
In the final race, Gustavsen started from pole for the top-eight reversed grid, but he was immediately passed by Karlsson with Hugo Nerman soon following him through.
Brink had made a good start from sixth on the grid, despite initially appearing to have bogged down, and was up to fourth, just ahead of Dahlgren, while Åhlin-Kottulinsky had dropped back to eighth.
Brink passed his teammate Gustavsen and set about chasing down Karlsson and Nerman, while Gustavsen held up a train of cars, led by Dahlgren, with Oliver Söderström and Mattias Andersson hounding him through the race.
In lap 10, Åhlin-Kottulinsky, a spot to Robin Knutsson.
Brink passed Nerman for second with three laps to go, but it wasn’t enough to overhaul Åhlin-Kottulinsky in the championship. Karlsson won the race, his second career victory, with Brink second, and Nerman completing the podium.
Dahlgren ended the season with 350 points, 91 clear of Åhlin-Kottulinsky, with Brink third a further seven points down.