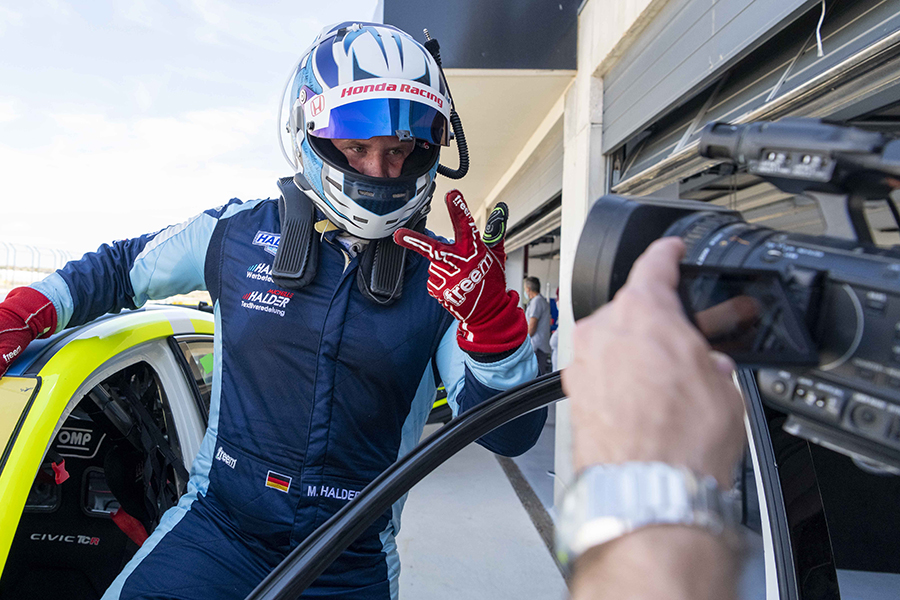 Sweden-based TPR Motorsport named Mike Halder as the first driver for their 2022 campaign in TCR Denmark. Halder, recently crowned champion in both the TCR Spain and TCR Ibérico series, will be at the wheel of one of the team’s Honda Civic Type R cars.
TCR Denmark will be the fourth TCR-sanctioned series in which Halder has taken part after racing in his home country's ADAC TCR Germany, TCR Europe and TCR Spain.

“I am super happy to join TCR Denmark with TPR Motorsport. This is a new challenge for me because the tracks are different from those where I used to race, but I and the rest of the team are looking forward to take it up,” Halder said. “I have spent sometimes with the team this year and seen a couple of the tracks from the other side of the pit wall. We have a lot of preparations to do, but I'm sure we have the potential to fight for the podium.”

Team manager Toni Persic commented: “We are pleased to present a top driver for the Danish series’ new season. Mike has lots of experience from TCR racing all over Europe and comes with deep knowledge of the Civic Type R. I am sure that we can have that knowledge translated into results in 2022. We will run two cars and will unveil the name of our second driver soon.”