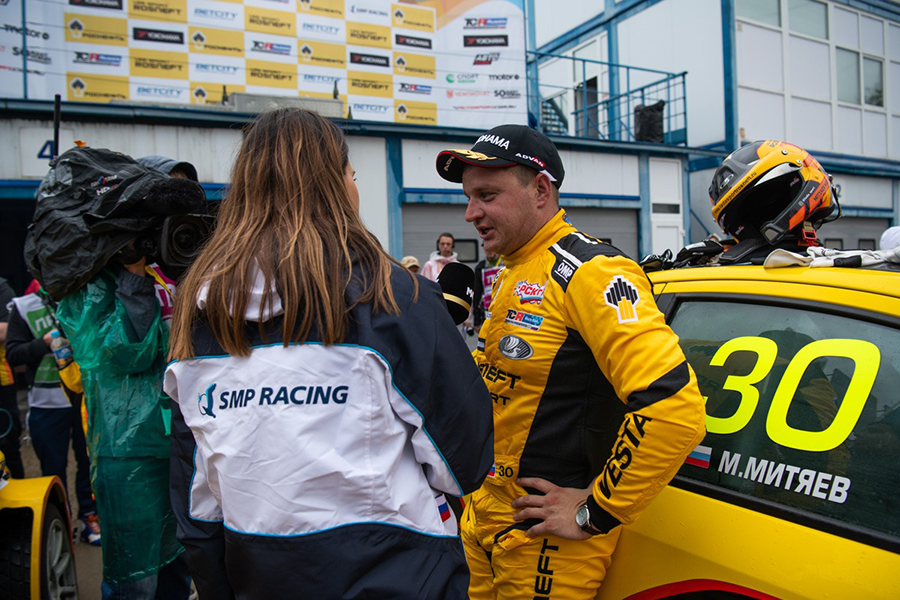 Mikhail Mityaev claimed an authoritative maiden victory in TCR Russia as he dominated the season’s opening wet race at Smolensk Ring. The LADA Sport Rosneft driver led home his teammate Kirill Ladygin, while pole sitter Ivan Lukashevich secured third place.
The race started under pouring rain, after three laps behind the safety car. Lukashevich sprinted from the pole, while his teammate Andrej Maslennikov, who sat alongside him on the front row, lost second position to Mityaev. During the first lap Dmitry Bragin and Ladygin passed Maslennikov as well and began fighting for P3.
At the end of the lap, Mityaev stole the lead from Lukashevich with a masterpiece overtaking manoeuvre on the outside of the last corner. As the rain eased down, Mityaev began to increase the gap, while Lukashevich, Ladygin and Bragin provided an exciting battle for the remaining podium places that was plenty of swapping positions and paints. During the final two laps, Lukashevich’s pace faded a bit, which enabled both Ladygin and Bragin to move into P2 and P3 respectively, but on the final lap Lukashevich recovered third from Bragin.
Klim Gavrilov, who had set the fourth fastest lap in Qualifying did not start, as his VRC-Team Hyundai i30 N suffered from a fuel pump failure.
Race 2 is scheduled for 16:55 local time (15:55 CEST); live streaming at www.tcr-series.com.