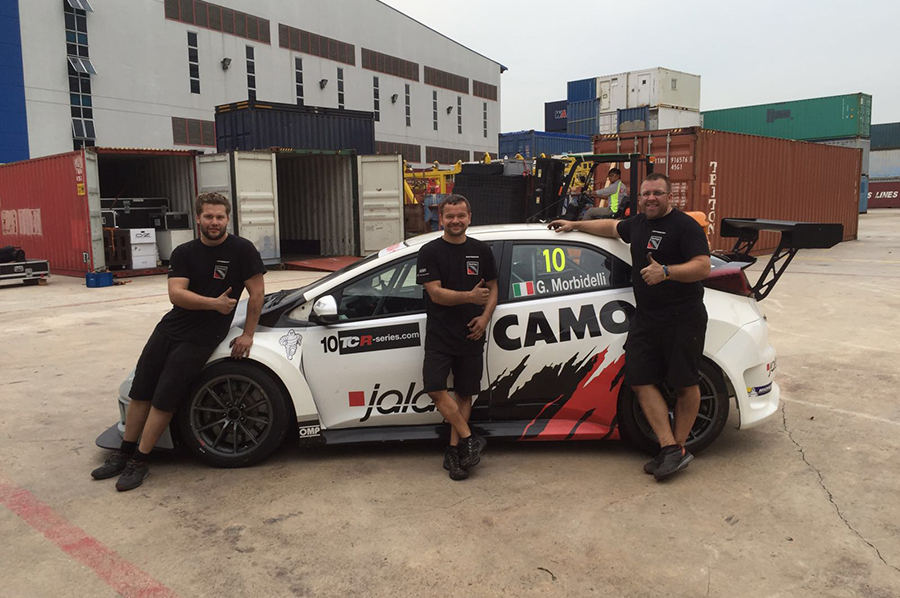 Morbidelli’s new car is ready for the Singapore event

WestCoast Racing’s men won their race for the race, as they managed to build the new Honda Civic car that Gianni Morbidelli will drive in this week’s event at Singapore.
Working in a warehouse by the Singapore docks, chief mechanic Marc Butler, Gavin Ovenden and Ronny Hyrskylahti stripped the wreck of the Civic that was destroyed at Buriram and built a new one, replacing chassis, engine and a lot of other parts.
“These three guys have done a two-week work in two-and-a-half days!” commented team manager James Nixon.
The car was finished on Sunday afternoon and this morning it was painted in a Singapore bodywork.
“Now we load it on a truck and deliver it to the Marina Bay Circuit paddock,” Nixon said.