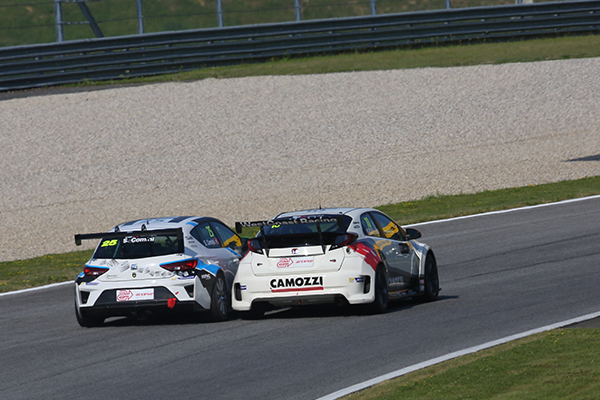 The tough fight for the lead between Gianni Morbidelli and Stefano Comini during the TCR International Series first race at the Red Bull Ring was followed by a hot exchange of accuses between the two rivals.
Eventually Morbidelli was stripped of his victory by a 30-second time penalty that demoted him out of the point-scoring positions.
The Stewards of the Meeting deemed that the WestCoast Racing driver behaved unsportingly during the race, hitting several times the cars of Comini, Belicchi and Oriola.
As a consequence, Comini inherited the race win, which also helped him to stretch his championship lead to 14 points ahead of Pepe Oriola; Morbidelli slipped back to third, 35 points behind Comini and on equal points with Jordi Gené.