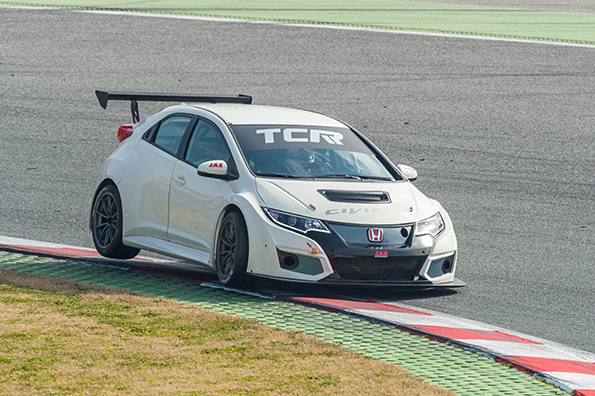 This was the first outing for the Italian driver at the wheel of a TCR car, and also the first proper test for the Civic TCR after a brief shakedown in Italy last week.

James Rogers, the team manager of West Coast Racing - the team that will run three Civic cars in the TCR International Series - commented: “We are delighted that Gianni accepted our invitation to test the car, as we believe that he will be able to offer an invaluable contribution in setting up the car thanks to his vast experience in Touring Car racing. We are also very grateful to JAS for the effort they have put into building three cars in such a short time, so that they will be ready to be sent to Malaysia for the inaugural event.”