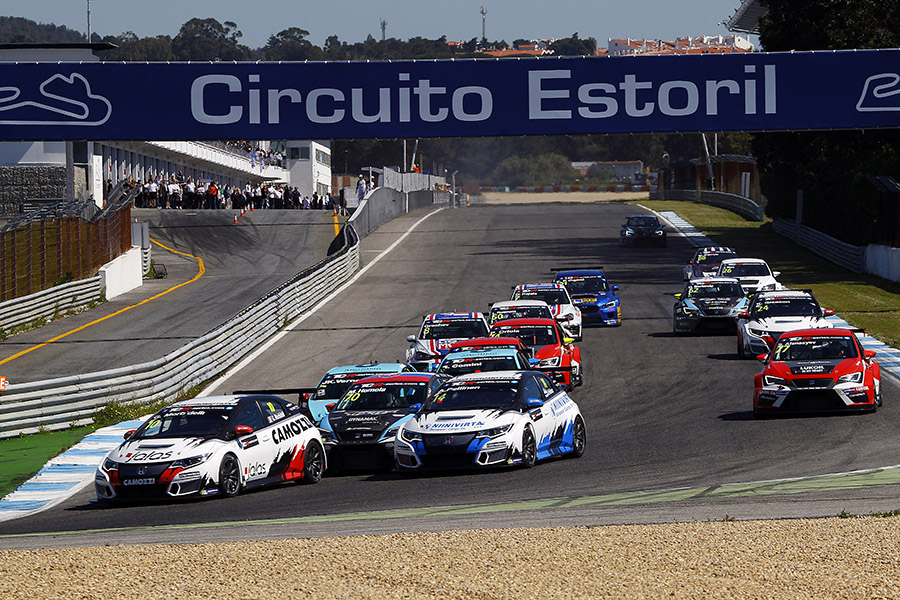 Morbidelli took series lead by one point over Nash

Yesterday TCR drivers treated the Portuguese fans to a pair of exciting races that saw Gianni Morbidelli (WestCoast Racing) and James Nash (Craft-Bamboo Lukoil) claim one victory apiece and jump to the top of the Drivers’ Championship, with the Italian leading the Briton by only one point.

The close fights in both races – but also in Saturday’s qualifying session – that involved Honda, SEAT and Volkswagen cars, proved that the latest revision of the Balance of Performance had hit its target in equalizing the three fastest models in the field.
That factor also enabled a number of other drivers to shine. Some of them were able to capitalize in terms of results like the Leopard Racing duo of Jean-Karl Vernay and Stefano Comini who drove their Golf Gti cars to podium finishes. Others were only capable of coming close to those exploits, like Mat’o Homola who lost a possible win and even a podium position in the final laps of the first race.
Pepe Oriola, who had dominated the season opener in Bahrain, had a very disappointing weekend. Only seventh in qualifying, he was betting everything on the reverse grid of the second race, but a clash with Loris Hezemans unbalanced his car and jeopardized his hopes. He is now third in the classification, 14 points off the lead.
The TCR International Series will resume on May 6 and 7 at Spa-Francorchamps, Belgium, for rounds 5 and 6.